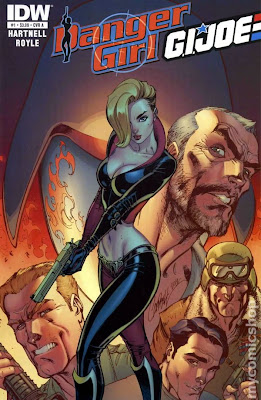 Recently released by US publisher IDW is a hardback collection of Danger Girl/GI Joe, with art from top British creator John Royle, inked by Philip Moy and colour from Romulo Fajardo – and he's now working on a new Danger Girl story.

First published as a mini series last year, John tells us a limited edition hardback is due out soon signed by him, writer Andy Hartnell and Danger Girl creator J Scott Campbell.

"Another version of only 50 is also coming out with a unique hand drawn original sketch included in each one of different Danger and GI Joe characters," he says.

Here's a few pages from the series itself. 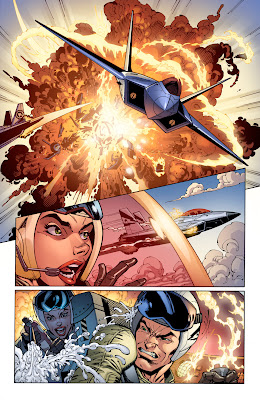 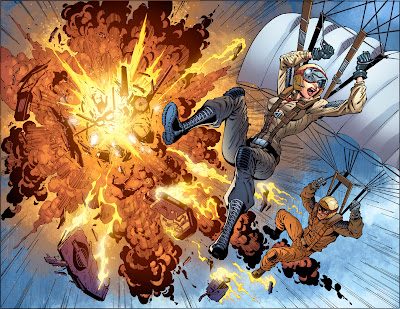 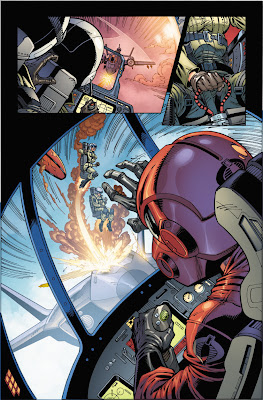 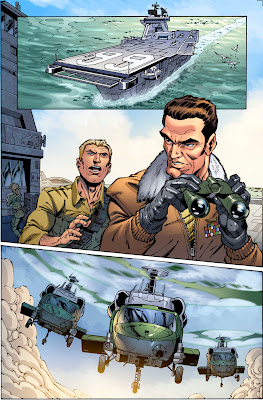 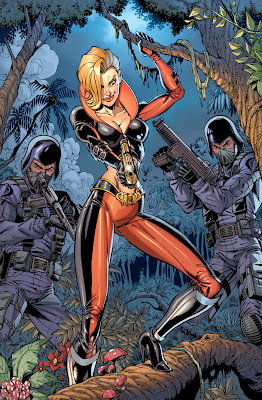 "The reviews and fan reaction has been amazing!" enthuses John. "The new Danger Girl series I'm working on now is called Trinity, again with Andy Hartnell. He's total pleasure the work with."

Danger Girl is the creation of J. Scott Campbell and Andy Hartnell and stars an eponymous group of female secret agents who are homages to Bond Girls and engage in adventures in the vein of James Bond and Indiana Jones., led by a former British Secret Service Agent named Deuce.
Posted by John Freeman at 8:30 pm