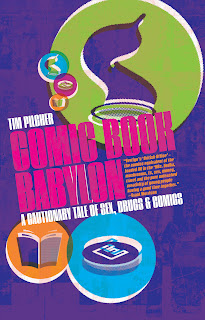 “For a few glorious years only, before cost-cutting set in, there was Vertigo's 'British Office' - the comics equivalent of the Loaded HQ in the 1990s," recalls Grant Morrison, author of Supergods, All Star Superman, Batman Inc. and The Invisibles. "Vodka, mushrooms, Es, sex, money, travel and the pure unleashed creativity of young people having a good time together."

Comic Book Babylon is the candid, uncensored and utterly unofficial of story of DC Comic’s infamous Vertigo UK office, written by one who was the heart of the drug-fuelled, creative whirlwind. It’s the odyssey of how comic fan Tim, in pursuit of his dream job, became the first British member of the DC editorial staff, and learning the harsh realities of publishing life.

Along the way he meets comics professionals and celebrities including Grant Morrison, Peter Milligan, Jamie Hewlett, Mark Millar, Garth Ennis, Philip Bond, Paul Gambaccini, Glyn Dillon, Jonathan Ross, The Spice Girls, Blur, Adam Ant, and many, many more. Revealing the crazy, halcyon days of the British comics publishing in the mid-Nineties, it blows the lid off the debauchery and excess that was part and parcel of the industry.

When you reach such dizzy heights, there’s only one place to go.

“It was an incredibly exciting time to be in comics," Tim recalls of his time in the offices of "British Vertigo". "We felt we could achieve anything at the Vertigo office, and things got a little crazy. This is the book I’ve been threatening to write for the past 20 years! I suspect the first people wanting to pick this up will be all the comics professionals, to see what I said about them. There should be some very worried writers, artists and editors out there!”

Tim's first job in the industry was at Comic Show­case, starting as a shop assistant but eventually becoming its man­ager. After four and a half years of that he worked as an assist­ant editor for Art Young at the Vertigo UK office on titles like Kill Your Boy­friend by Grant Morrison & Phillip Bond, Enigma by Peter Milligan & Duncan Fegredo, The Extrem­ist by Peter Milligan & Ted McKeever, The Mystery Play by Grant Morrison & Jon J Muth and Rogan Gosh by Peter Milligan & Brendan McCarthy. He was a founder mem­ber of the Les Car­toon­istes Dangereux col­lect­ive, along with Brad Brooks, Roger Lan­gridge, Charlie Adlard, Paul Peart, Faz Choudhury, Jonathan Edwards, and Dylan Hor­rocks.

"Then I moved to Pen­guin Children’s Books, Dorling Kinder­s­ley, and then as asso­ci­ate editor on Com­ics Interna­tional for a few years with Dez Skinn," he told Comics Bureau in 2011. More recently he's been an editor at Ilex Press, where he has comm­iss­ioned a whole range of pop cul­ture and comic-related books such as War Com­ics: A Graphic His­tory by Mike Con­roy, the Eisner-nominated and Har­vey Award-winning Art of Osamu Tezuka: God of Manga by Helen McCarthy and the brilliant Alan Moore: Storyteller by Gary Spen­cer Mil­lidge. He also commissioned me to edit SciFi Art Now, a collection of science fiction art, published in 2010.

He's also one of the founding members of the Comic Book Alliance, (www.comicbookalliance.co.uk), a not-for-profit organisation and "The Voice of the British Comics Industry" promoting books, graphic novels, webcomics and sequential art in its many forms.

"Comics were undoubtedly in my blood from day one," Tim says of his love of comics."I had 'four colour funnies' running through my veins before I’d even heard the expression. Cut me and I bled cyan, magenta, yellow and black. I inhaled the musty smell of old comics, as if they were perfume. I sweated Indian ink and I came in process white. It was my destiny to work in comics." 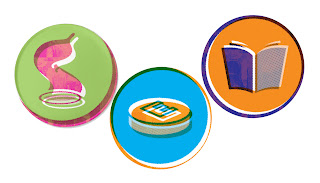 “Rian’s out done himself,” said an impressed Pilcher, “The punky/acid house colours perfectly reflect the rave mood of the times in the book.” Hughes has also designed a limited edition print and three “Sex, Drugs and Comic Books” badges as incentives.