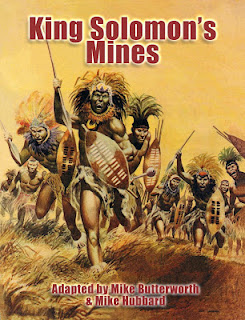 Steve Holland's Bear Alley Books imprint have been putting out reprint titles from old British comics for two years now and the latest titles from the imprint are adaptations of the classic novels King Solomon's Mines and Treasure Island, both of which are being reprinted in full colour.

Both books are A4 size reprints from Look and Learn's sibling title Ranger which was published in 1965 and 1966 before being amalgamated into Look and Learn itself and from which Look and Learn received its most famous strip, The Trigan Empire. 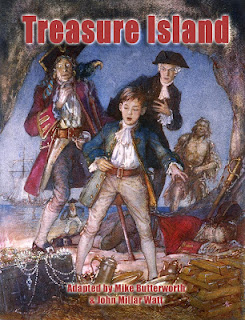 In addition to the strips themselves, Steve Holland had written three page illustrated biographies of each of the artists which are included in the appropriate title.

Both King Solomon's Mines and Treasure Island cost £9.99 each plus postage and there is a special postage offer when buying both together.

Both books with combined postage
Posted by Jeremy Briggs at 7:00 am