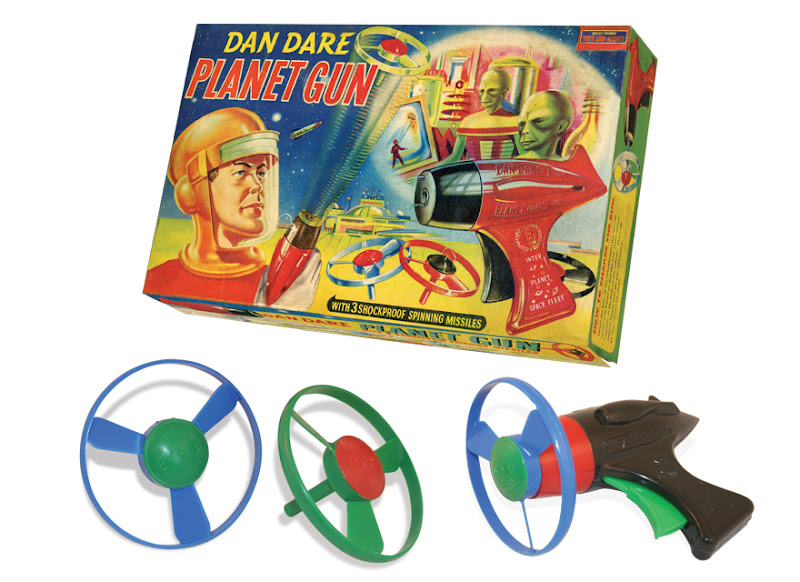 Following up on our past stories on new Dan Dare merchandise, a mention for UK toy company Russimco's Dan Dare retro toy line is long overdue here, so let's redress that right now.

All the toys - due for release later this year - are reproductions of Dan Dare products originally released in the 1950s, but have been adapted to comply with modern safety regulations governing toy making.

The toys come complete in boxes that faithfully emulate the originals, some of which fetch sell for a high price on auction sites and collector fairs.

• The Dan Dare Planet Gun Set was originally issued by Merit, made in England by J & L Randall Ltd. This 'space pistol' comes with three propeller disks. Merit released several Dan Dare guns, as did Palitoy and Lone Star. Originals can sell for around £60. 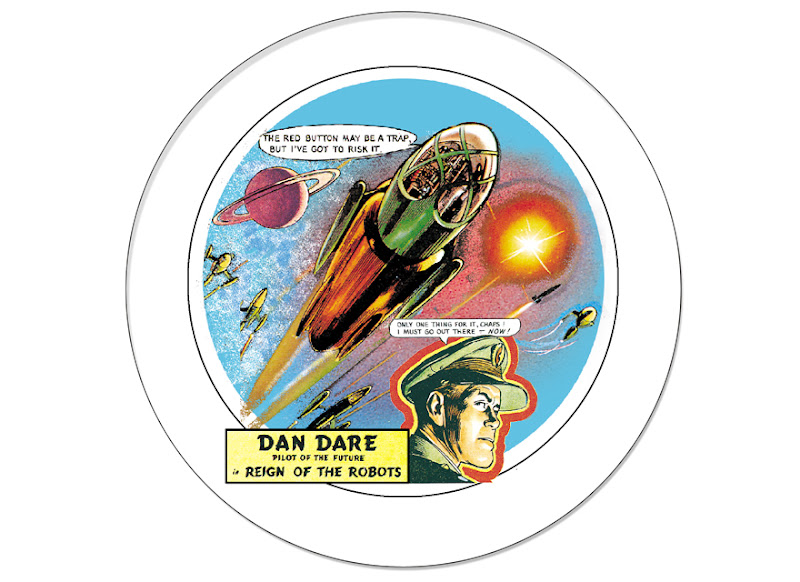 • This Dan Dare Circular Jigsaw puzzle is based on a 1950s jigsaw published by Waddingtons, featuring classic Dan Dare images. 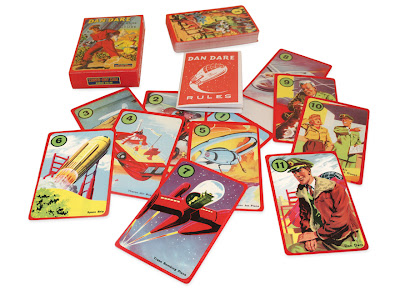 • Possibly one of the most entertaining retro products in the range, this Dan Dare Card Game was originally released in 1953 by Pepys. We suspect most original editions will be pretty dog-eared through plenty of play by now, so I'm sure there will be fans out there keen to get a new set! 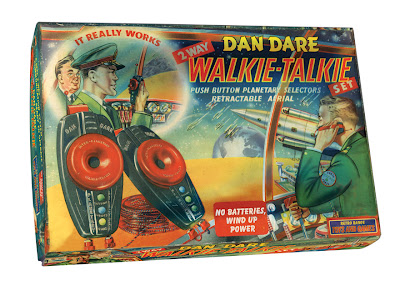 • Finally, there's this modern version of Merit's Walkie Talkie Set, first released in 1953. You'll be pleased to hear that Russimco's version is wind-up, rather than battery operated.