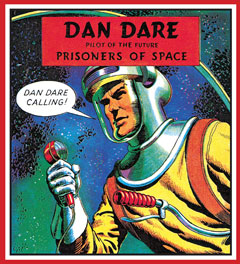 With the Eagle and its best-remembered character Dan Dare celebrating a 60th birthday this month, fans will be pleased to hear that several items are either in development or already on sale now to mark the event. 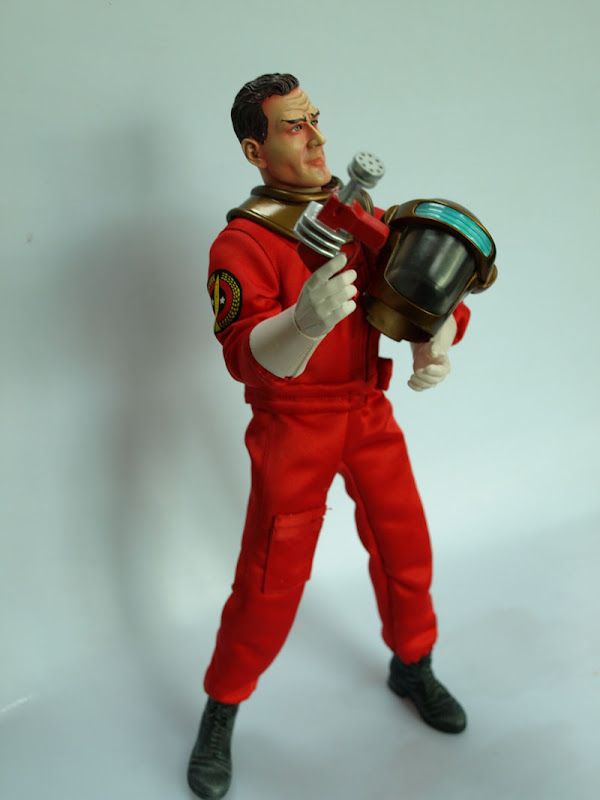 • The collectable Dan Dare figure from Day2Day, already featured on downthetubes, looks on course to go on sale later this Spring/Summer.

• Orion Books are producing Dan Dare, Pilot of the Future: A Biography

"It should be in the shops August," says Dan Dare biography author Daniel Tatarsky, who also wrote Eagle Annual of the 1950s

and The Eagle Annual of the Cutaways

"I can't say too much but it should be a nice reminder of the diaries that were issued in the 1950s and will include various highlights from Eagle," says Daniel. "We're going for the retro look again but without the distressed cover."

• As we previously reportedRussimco, best known for its wooden toys, will be launching several toy products this year. The range has yet to be finalised.

• Titan Books will be releasing Dan Dare: Trip to Trouble/Project Nimbus later this year. Safari in Space is still on sale in all good bookshops, as is Classic Bible Stories Volume 1

A second Bible Stories collection is in development by the company for Easter 2011 featuring Frank Bellamy's David: The Shepherd King and The Great Adventurer, the story of Saint Paul, which was drawn by Frank Hampson, Jocelyn Thomas and, for much of its run, Norman Williams.

More licenses are in progress, and we'll have more information on these as they near release date. We still haven't heard anything more about the rumoured Dan Dare movie from rights holders the Dan Dare Corporation, but we have our collective fingers crossed!
Posted by John Freeman at 8:53 am

I should have the Dan Dare action figure in stock at Termight Replicas within the next few weeks.