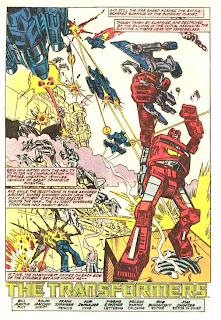 • We're sorry to report US comics artist Frank Springer died at his home in Damariscotta, Maine on Thursday aged 79. His credits include work for Marvel, including issues of Thundercats and Transformers - reprinted by Marvel UK - and Man from Atlantis. He also worked for DC Comics and on the newspaper strips Terry and the Pirates and Rex Morgan, M.D. Newsday.com reports Springer was a gregarious and practical man who laboured for hours a day in his backyard studio, said his son, Jon Springer of Brooklyn. "He'd be out there basically all day long, morning until dinnertime."
Lambiek notes his most lasting fame was for drawing The Adventures of Phoebe Zeit-Geist, written by Michael O'Donoghue and published in Evergreen Review in 1965-66. Sexy cartoon albums were not new in Europe, but 'Phoebe Zeit-Geist' was a sensation in the United States.
"Very few people could surpass him as an artist, as a gentleman, and as a true gentleman in my field," said Stan Goldberg, who draws the Archie comics. "When you see a Frank Springer job, you know it's going to be the best job in the world."

• Accent UK's 192-page 2009 anthology Western is available now, price just £7.99. It features a plethora of new and established talent, including Kieron Gillen, John Reppion & Leah Moore, Andy Bloor, Dwight MacPherson, Kirk Manley and Steve Bissette, and A Fistful Of Steam Valves written by Lee Robson, with art by Bryan Coyle. "The story is a Steam Punk Spaghetti Western," says Lee, "so it became paramount to create some stand out characters that would be both recognisable and completely unique. Fortunately, we had the amazing Billy Armstrong on hand to help us out with that..."

• Simon Furman has written a Transformers story for IDW’s post-All Hail Megatron series Coda. "And a lot of fun I had with it too," he says. Without giving too much away (after all, it’s only 11-pages!), it revolves around the longstanding relationship/friendship between battle-scarred veteran soldier Ironhide and Autobot leader Optimus Prime." The first issue of All Hail Megatron: Coda goes on sale in July. For more details check out the IDW website here.

• The UK edition of Wired is on sale in all good newsagents now and includes a column by Warren Ellis. "I’m somewhere in the back, where they keep the mad people, apparently.." he notes. "Please buy one, and prove that the UK can support a magazine about the future.

• New episodes of the goregous sort of steampunk strip with fantasy thrown in, Mirabilis, which began running in the already-missed The DFC, are now appearing online: Episodes 11 and 12 on the main Mirabilis site. "This brings us up to 'Standing on the Shoulders of Giants' which introduces Inspector Primo Simeon and his loyal, long-suffering sidekick, Officer Caitou," says Dave Morris.
"Ideally we're going to have episodes 1 to 13 all available to read online before too long, though that's something we will need to agree with David Fickling and Random House. (Is it a good idea effectively to give away half of your graphic novel for reading online? Some current thinking would say it is.")

• Talking of Dave Morris, remember we plugged a recent issue of Doctor Who Magazine and a brilliant article by Andrew Pixley, illustrated by Brian Williamson, revealing how a Dalek TV series came close to being made in the 1960s? Dave revealed recently that he actually did try (here's hubris) to get a Dalek TV movie going with the Sci-Fi Channel. "This was before Russell T Davies's reimagining of Doctor Who, so not quite as long a shot as it sounds - the Daleks hadn't been on air for years," he reveals. "But Nation's agent explained that the BBC, although not actually having the rights, could stick their oar in to any production involving Daleks. Well, I've had some dealings with the BBC and I knew enough to drop the idea right there..."
Posted by John Freeman at 11:09 am