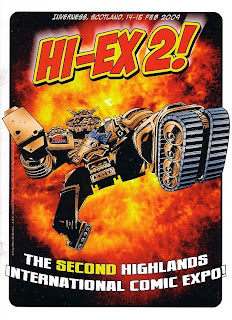 Last year's inaugural Hi-Ex comics convention, held on the first weekend in February, was besieged by snow leaving many guests and potential attendees unable to travel to Inverness in the Scottish Highlands. The downthetubes review of the event is here. The Christmas card sent last year by organisers Richmond Clements and Vicky Stonebridge even made light of the weather with a comment about it never snowing in February. Of course on the first weekend in February the snow that last year had only blanketed Scotland, this year blanketed the entire country but fortunately for everyone Hi-Ex was the second weekend, Valentine's weekend.
That said the drive from central Scotland up to the Highlands early on the Saturday morning began in darkness and drifting fog but as the sun rose it revealed the mountains in their snow covered glory. While the area around the ski resort of Aviemore retained the heavy snow of the previous week, the roads were clear and traffic was flowing normally. 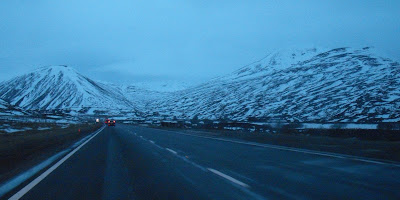 As with last year's event, the convention was held in the bright modern surroundings of the Eden Court Theatre and Cinema complex on the banks of the River Ness in the centre of the town. 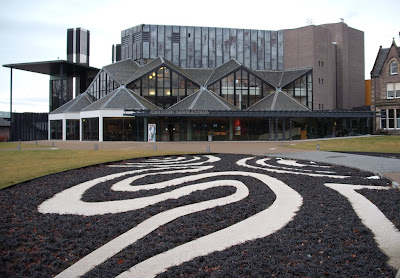 In a layout change to last year, due to the greater numbers of guests and dealers involved, the old dealer's room became the Artists and Writers Room while the dealers moved into the gymnasium sized One Touch Theatre, which gave everyone plenty of room to spread out. 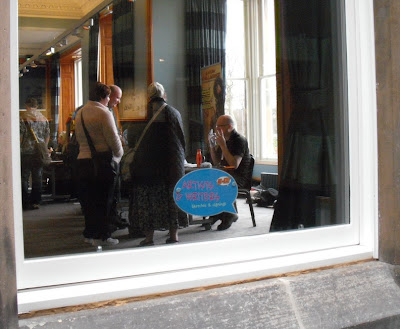 The guests room benefited from the large windows of the section of Eden Court that was the old Bishop's Palace which gave the attendees a bright room to patiently queue in as they waited to talk to the guests. All Star Superman artist Frank Quitely, DFC artist Dave Shelton and Bioncle artist Leigh Gallagher were at their first Hi-Ex while Dan Dare artist Gary Erskine returned after the previous Hi-Ex and was rewarded by long queues for his sketches . 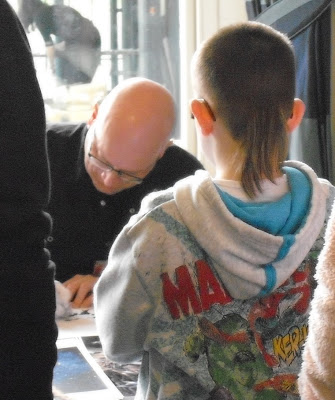 Manga-wise, artist and writer Asia Alfasi chatted away to her young fans... 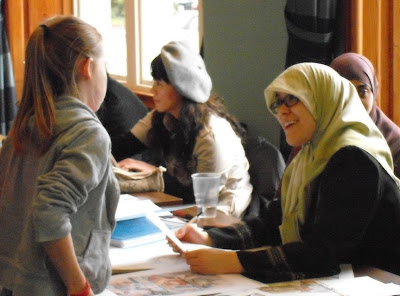 ...while at the other end of the very happy Manga table, Chi-Tan and Inko were kept busy providing sketches of their fans. 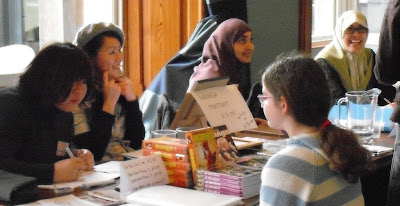 Writers Alan Grant and Al Ewing of 2000AD (and many others), Ferg Handley of Panini's Spiderman and and DC Thomson's Commando, and Michael Carroll of The New Heroes novels were on hand for autographs since, fortunately, fans don't normally ask writers to dash them off a quick paragraph to take home as a memento. 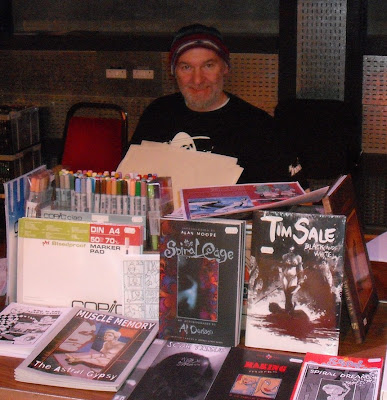 Meanwhile artists Al Davison, who is now working on the latest IDW Doctor Who comic, and Graeme Neil Reid, who is illustrating the latest Conn Iggulden Dangerous Book For Boys, set up their stalls in the dealers room to allow them to sell as well as talk to and sign for their fans. 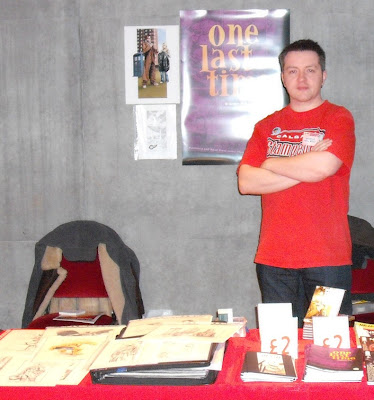 The dealers room was almost at the other end of the complex from the guests room which lead to some confusion amongst those attendees that had been there the previous year but signs soon went up to help everyone out. Perhaps next year a map in the programme showing were each room was would help everyone but, that said, the staff at the Eden Court who were checking badges for the convention rooms were always helpful about where to go and very friendly at the same time.

Once found, the dealers room was very obvious as it was guarded by the imposing figure of Judge Minty promoting the fan film of the same name. The dealers ranged from the obvious FPI and Inverness' own comic store Heroes For Sale, via Cinebooks and Waterstones with a big selection of Viz Media and Tokyopop titles, to the small press stalls of Murky Depths, Melody Lee, Omnivistascope, Time Bomb Comics, Semiotic Cohesion and last and definitely not least Futurequake Press. The small pressers at Hi-Ex will be covered in another blog. 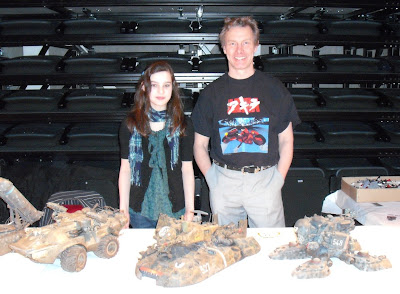 Mark Stevens was also in the dealers room showing off an impressive display of his scratch built SF vehicles. This was a new departure for the convention, and for Mark, which seemed to work well if the number of admiring looks the display attracted were anything to go by. 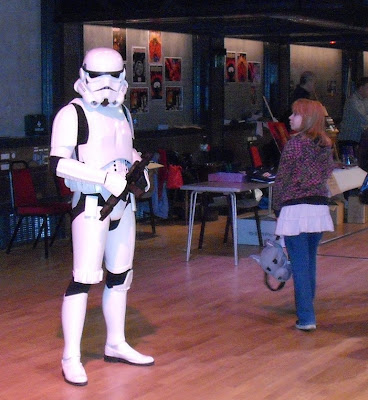 As with last year the Imperial forces of the 501st Garrison turned up to patrol the event turning heads both inside and outside the venue, sometimes in bewilderment and sometimes in nervousness, depending on the age of the viewer. 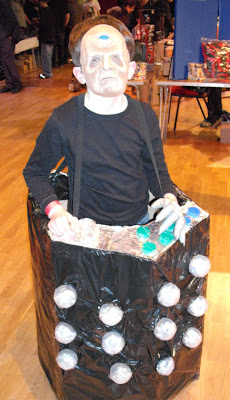 They were not the only costumes there since anyone turning up in costume was given free entry. This resulted in an array of Jedi and Manga girls walking around whilst the much younger attendees covered everything from a tiny Wonder Woman, complete with a gold tinsel lariat, to a small Davros who delighted all the old Doctor Who fans at one end of the dealers room. There were awards for the best costume each day but the downthetubes award for best costume has to go to one particular little girl on the Saturday. More over Cassandra Anderson as there is a new contender for the cutest Judge in the Mega City - with her plastic baking bowl helmet and wellie boots, let me present Judge Rose. 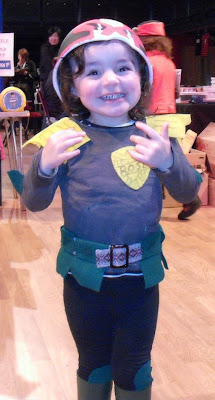 Organiser Rich Clements had to get in on the act as well with an all white suit which stopped many people in their tracks. After suggestions of fried chicken, or Vicky and him being Stonebridge and Clements (Deceased) he did not really have to point out that we should be calling him Mr. Luthor. (Perhaps next year the beard and ponytail will have to be sacrificed to help the illusion).

Co-organiser Vicky Stonebridge remained rather too sensible for such things but succumbed to Susan Thomson's face painting instead. 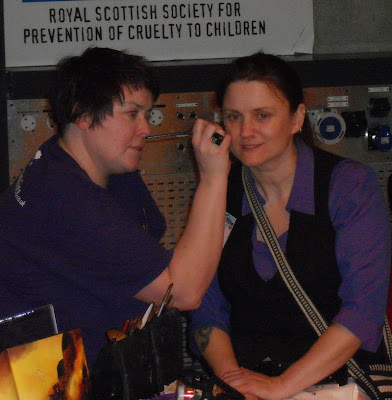 So a good time was had by all and between the auction and the raffle over £1400 was raised for the Children 1st charity, which rather put paid to any worries that the credit crunch could have badly affected the turnout and the spending power of the attendees.

Posted by Jeremy Briggs at 7:22 pm