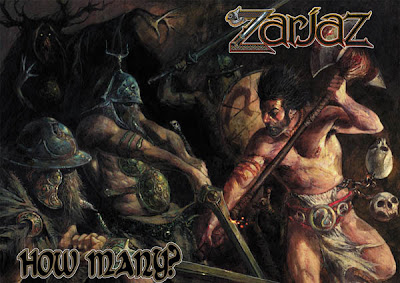 Zarjaz, the high quality 2000AD-inspired fan-magazine, has announced their next issue, due for release in May, will be entirely dedicated to the work of 2000AD co-creator Pat Mills.

"Being prepared for this issue are strips featuring Slaine and the ABC Warriors," the editors have revealed via the Zarjaz and Dogbreath fanzine blog, "though who knows what can happen in future…"

Marking the news, the Zarjaz team have published a short interview with Pat, who remains optimistic about the future of the weekly comic, which he helped launch back in 2000AD and whose creations include ABC Warriors, Nemesis the Warlock and the recently-arrived Greysuit, drawn by John Higgins.

"In recent years, the comic is very much 2000AD once again," feels Pat, "the various threats to its identity have faded away, and I think that makes all of us who care passionately about the comic feel great." Read the interview