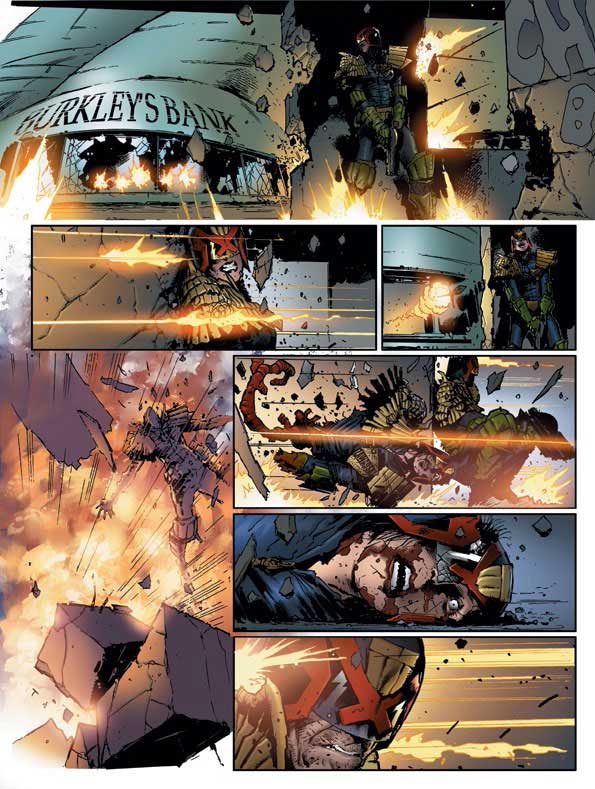 Fan favourite artist Trevor Hairsine is returning to 2000AD next week for the first time in 13 years.

First appearing in the Judge Dredd Megazine in 1994, Hairsine has gone on to become one of the hottest artists in the industry, working on titles such as Cla$$war, Captain America and X-Men.

‘Judge Dredd: Skulls’ in 2000AD Prog 1836, out on Wednesday 12 June, marks his first work for the weekly anthology in more than a decade.

Written by Cla$$war collaborator Rob Williams, the one-part story sees the legendary lawman pinned down by a Judge-killing gang of thieves, only to receive help from an unexpected - and unwelcome - quarter.

“It was seeing the Dredd movie," explains Trevor Hairsine of his return. "I thought ‘that looks like fun.’ It made me want to draw him again. Dredd’s just such a badass. Far more so than the majority of characters I draw these days. There’s so much about his world
that’s gritty and fun. That’s the appeal, really.

“Rob had asked me a few times over the years if I wanted to come back and draw a Dredd again. Finally I gave in. Even though I hadn’t drawn him for probably ten years or more, it just felt like putting on an old glove again. It felt completely natural.” 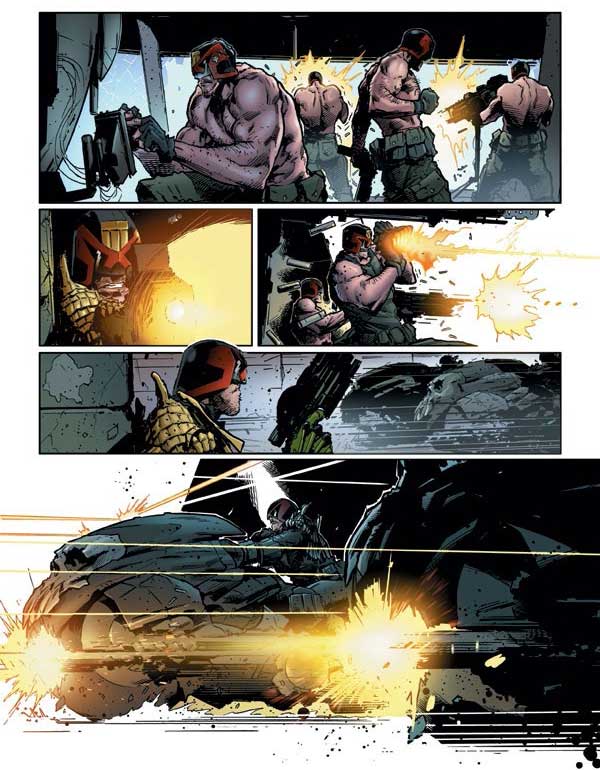 Judge Dredd by Trevor Hairsine - for Prog 1836
“Trev and I have worked together a few times over the years. Most notably on my first ever comic work, Cla$$war. I nagged him to do a Dredd a few times and eventually he caved and agreed. And I’m delighted he did. I got the first page through from him and it just looked right, if you know what I mean.

“I think, whether he wants to admit it or not, Dredd’s in his DNA. You can see the hint of Mick McMahon’’s influence in the way he draws the Judges. And his Dredd just has the feel of a classic Dredd about it.

“And I asked him to design bikes for the SJS in the strip too. I asked Matt Smith, the editor, if that had been done before and he didn’t think so. So now Trev’s designed a little bit of Justice Department lore. Bikes with bloody great big skulls on the front. They look great.”

Also available through the 2000 AD Apple Newsstand App, from all major magazine retailers and comic stores in the UK and
Europe, and from all good comic stores across the US
Posted by John Freeman at 6:00 pm