Beanotown comes to life on the South Bank, London 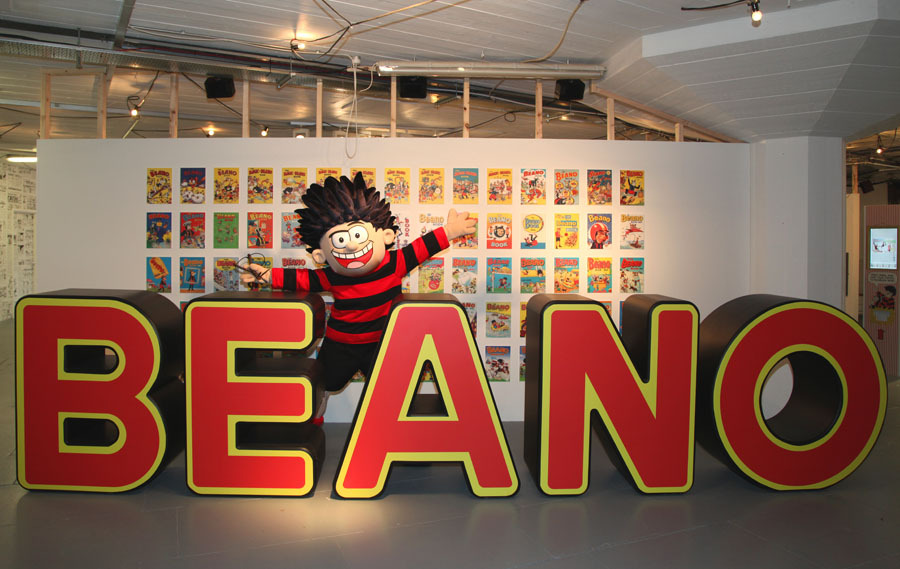 The Beano is celebrating 75 wonderful years of rebellious fun, farts and laughter at Southbank Centre’s Festival of Neighbourhood in London – and you can join in the party at Beanotown, a recreation of the fictional home of the comic’s superstars.

“It’s a dream come true to see Beanotown coming to life at Southbank Centre," says The Beano Editor-in-Chief Mike Stirling. "For me, the coolest thing is that, along with the depths of the oceans and some parts of the rainforest, Beanotown was the last great uncharted territory on earth – I feel like Christopher Columbus!  If you think you know The Beano then think again… this exhibition provides all the anarchic fun of The Beano but with lots of added extras.” 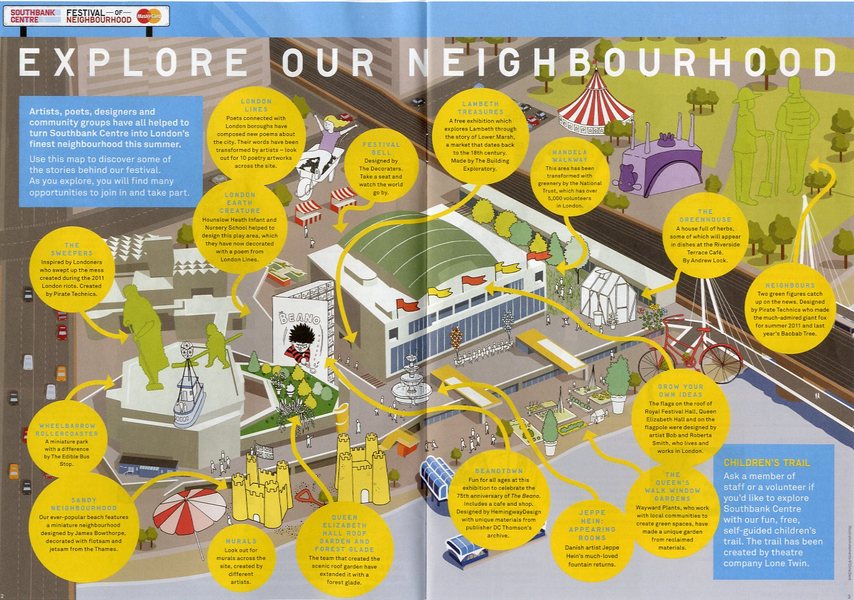 Previously unseen artwork will be unveiled at the exhibition that features pieces by The Beano illustrator David Sutherland; a legendary artist who has the unique claim of having worked with all six editors since the comic’s birth in 1938. Further laughs and jokes-a-plenty will be provided by clips from the hugely successful TV show Dennis and Gnasher and The Beano’s hilarious iPrank App that will be available to download free in Beanotown – perfect for mega-menacing in the home of prank!

Other highlights include The Beano Social Club, where you can play Table Dennis (of course), The Beano Breville Bar, where you can munch on comic-themed food and drink (anyone for a Splat-a-Pult?), and The Beano Studio where you can have a go at creating your own comic masterpieces (if you dare).

Mike added, “Boris Johnson must be overjoyed that we’ve brought a bit of the old Beanotown magic to his ‘hood!  What will really bring things to life is the laughter and mischief of the hundreds of thousands of children who’ll visit, so I’m really happy that entry is free for everyone.  The reason The Beano is so fondly thought of is because we always put kids first and I’m so glad we’ve maintained that aim with this special celebration.”

In July 2013, elements of Beanotown will appear at the Vintage Festival, part of the Merchant City Festival, in Glasgow.

“The Beano is a true British institution," enthuses HemingwayDesign’s Wayne Hemingway MBE, who has also recently designed a new style guide for Beano licensors, "and the whole team at HemingwayDesign have had a blast looking through the archive and helping to put Beanotown together.  The artwork and stories are wonderful and show how British humour and irreverence can help us get through the toughest of times.

"There are always wonderful things to see and do at Southbank Centre and Beanotown brings a true multi-generational visitor attraction that has history, politics, subversion, art, design, laughter and sheer devilment running through it.”

The attraction has already gained acclaim from fans. ”Within an hour of opening, it was overrun with children reading the comics," The Guardian reported, "looking with bewildered concern at the man dressed as Dennis, or trying to work out where the fart noise comes from when you walk through the main door.”

• Visit Beanotown at Southbank Centre and celebrate 75 years of the country's favourite comic. Beanotown is free and is located in the Festival Village, underneath the Queen Elizabeth Hall, and runs until 8th September 2013, open from 11.00am – 7.00pm