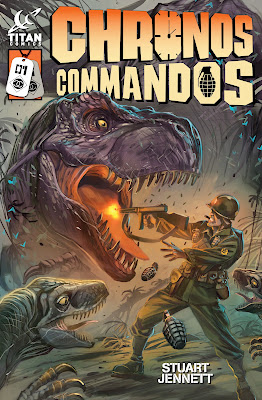 When the Allies and Nazis develop time-diving technology that could see the course of World War II derailed by creatures from the Cretaceous period, only the Sarge and his band of misfit soldiers can save the future by saving history!

Stuart started out as a comic book artist for Marvel UK back in the early 1990’s (drawing Warheads - yes, I was his editor after Paul Neary talent spotted him in Glasgow) before moving into the video games industry as a concept, 3d artist and studio art director. Now, after a long hiatus from his first love, Stuart returns with an unapologetic love letter to his youth with Chronos Commandos - a bullet strewn, time travelling, Nazi stomping adventure serial new from Titan Comics.

Stuart, alongside his wife, is also one of the founders and creative directors of Alien Apple Studios, providing design work across the entertainment industry.

Here's some pages from the first issue! 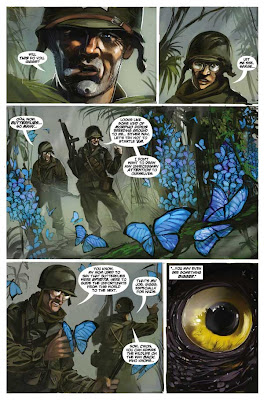 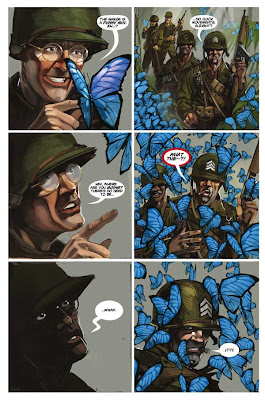 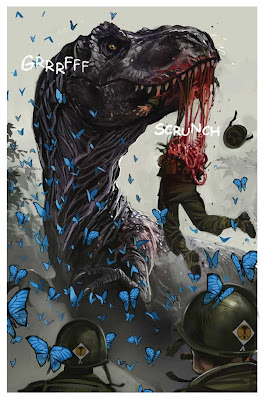 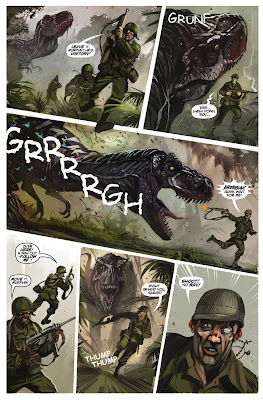