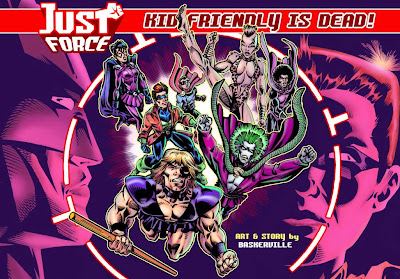 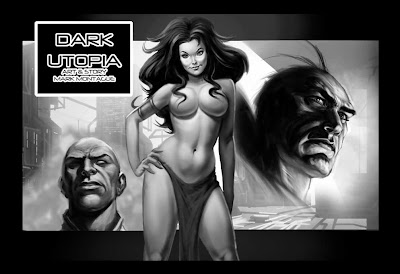 "It's our biggest volume yet," says David, "and with an extraordinary mix that I hope readers are all enjoying."

This Volume - which runs forseven weeks of seven issues  - contains the excellent Phoenix by Jimmy Hoxton and Guy Adams; Firehawks by the legendary Herb Trimpe; Dark Utopia by Mark Montague; and Just Force by Stephen Baskerville, amongst other beautifully-crafted pieces of the dramatic and the comedic.

"Phoenix is the second of our contributions thus far in Aces Weekly to explore some of the possibilities of digital storytelling outside of venturing into the dismal areas of ' motion comics'", David enthuses. "What Jimmy and Guy have done with Phoenix in this volume is what Mark Wheatley and Jeff Vaughan have done in our previous volumes with Return of the Human (which is returning soon...) - i.e. use the advantage of unlimited, non-printed-page-restricted space to show the growth of a concept rather than playing with rudimentary technical trickery to elaborate and decorate!

"We are very proud and very pleased to present the inventiveness and creativity of these excellent creators, and wish our readers great fun in seeing it all develop in front of your eyes as time passes over our period of running these excellent works.

"Aces Weekly continues to reach out into the world," David reveals. "I just came back from a trip to a comics show in Italy last weekend where the response to what we're doing in this new world of publishing on the net was warm and welcoming despite the fact that it came from an audience that was accustomed to a market of healthy and regular newstand print sales.

"Each country I visit on the quest to spread the message of what we're doing with Aces Weekly has its own history and customs, but not one of them is less than a welcoming.  Some are more open to the new than others, but none are rejecting.  And every one of them recognizes that what we are representing with Aces Weekly is the future.  I am glad to be a part of it (despite all the hard work attached to it...)"