Nich Angell at work on Brief History of the Next Universe 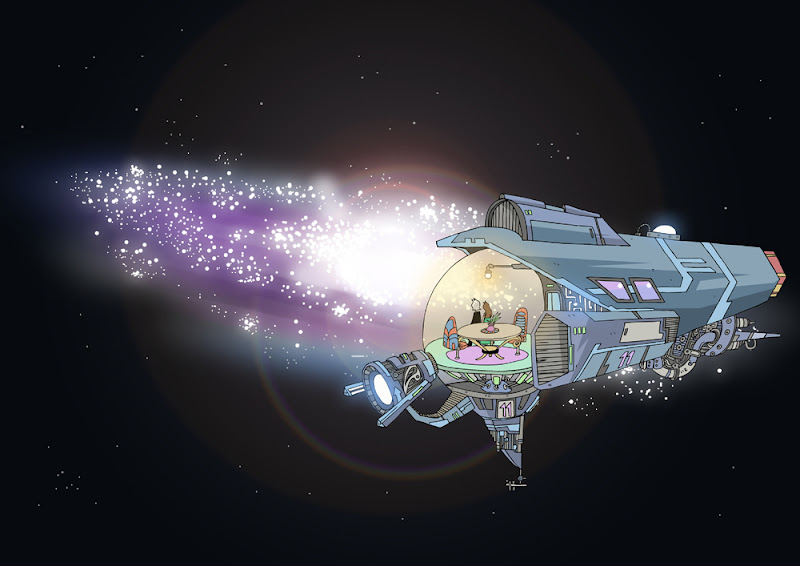 Comics artist and animator Nich Angell has a full colour collection of short sci fi stories entitled A Brief History of the Next Universe due soon.

"The book is going to pull together brand new stuff I'm doing right now, older stories that previously only existed in black and white, and a collection of pin-ups and images to tie the whole thing together," he reveals.

24-year-old Nich, whose previous comics include 7STRING, describes himself as "a comic-inspired illustrator.

"Comic books are an eternal fascination for me and I truly believe them to be the best medium for telling stories," he enthuses. "At this early stage in my career I'm stepping out keen and eager-eyed into a fantastic art filled world and hoping/believing I will make an impact."

Nich will be self-publishing the collection and selling them on his official web site and at amazon.

"I will also pursue publishers like a hound after donuts in the hope of letting everyone check out my stuff," he says.