Classics from the Comics plays Cops and Robbers 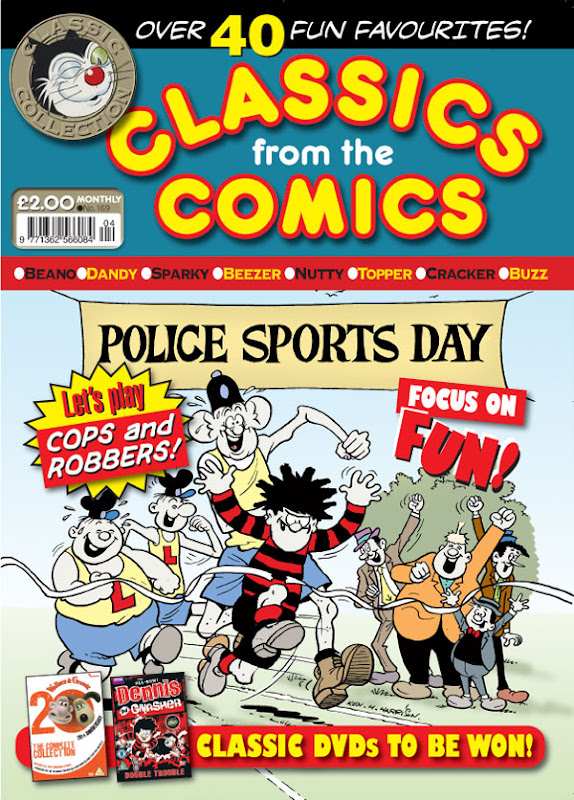 Issue 169 DC Thomson's Classics from the Comics is now on sale in all good newsagents -- another gem of a 68-page retro monthly, full of comic classics from the publisher of The Beano and The Dandy.

Humour strips in this 'Cops and Robbers'-themed issue include 'Little Plum', 'The Sparky People' (the bumbling office staff of the much-missed Sparky comic, terrorised by an always unseen editor), 'Dennis the Menace', 'The Jocks and the Geordies', 'PC Big Ears' (followed immediately in the comic by 'Bill the Burglar' - surely that should be the other way around?), 'L Cars', 'Baby Face Finlayson' and more.

For fans nostalgic for an era when comics appealed not just to the very young, this is another great collection of yesteryear merriment.

Email ThisBlogThis!Share to TwitterShare to FacebookShare to Pinterest
Labels: Classics From The Comics, DC Thomson, New British Comics, Sparky, The Beano, The Dandy