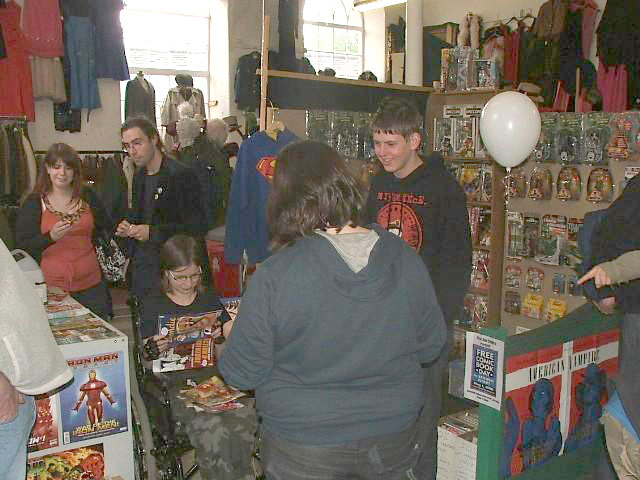 Free Comic Book Day - an annual event to promote the comics industry worldwide - gets bigger and better every year, and for First Age Comics, based in the Assembly Rooms on King Street, Lancaster, the latest incarnation was easily the most successful and popular to date. Store owner Mark Braithwaite offers a snapshot of how the event went down for one of Britain's smaller, but enthusiastic shops...


This year, First Age Comics decided to go for a family fun theme on Free Comic Book Day, making sure we had something of interest for everyone. In addition to a wide array of quality comics, we made sure there were plenty of "All Ages" material around - and offered free comic-themed cupcakes, sweets and snacks throughout the day. 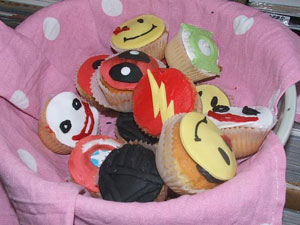 (The comic cupcakes were baked by Andrea Garcia, ably assisted by fiance Mike Charlton, who both did an amazing job coming up with so many different varieties. They proved to be a welcome addition to the First Age Comics Free Comic Book Day format).

Comics, cakes, sweets, balloons and music all combined to create a fun atmosphere. Kids couldn't believe what they were seeing, parents were thrilled to see the family enjoy themselves and everyone who came along spent the day discussing comics. What they currently read, what they want used to read and what they want to read. 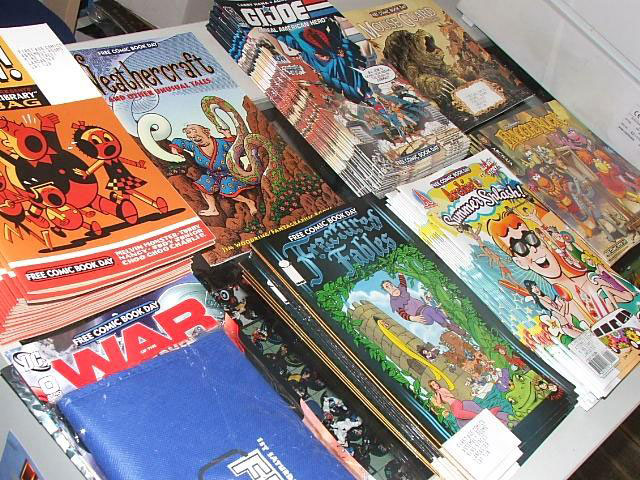 From childrens disbelief that there really is a day in the year when anyyone can get free comics, to the former readers thrilled to see their favourite writers/artists still involved in the industry and the current readers who appreciate the chance to show everyone else just what they're missing - this event truly caters for all.

It's always fascinating to see which free comic is going to be the first to go. It was an easy call last year with DC Comics Blackest Night #0 in the most demand. Free Comic Book Day 2010 was a little more open with Kevin Smith's Green Hornet winning in the popularity stakes, closely followed by humour title The Tick. Evoking the most nostalgia was the Fraggle Rock edition and the Lady Gaga Fame comic, which attracted the most interest from the teenagers.

This year we added a 50% off sale on selected graphic novels, trade paperbacks and hardcovers and spent the build up to Free Comic Book Day 2010 ramping up the anticipation by introducing the Story Arc Stand. This is basically filled with comic bundles that make up a full story arc or mini-series priced at a competitive £1 an issue.

New sets were aded in the run up and some rather special bundles such as Legion Of Three Worlds and Marvel Zombies hit the Story Arc Stand for the first time on Free Comic Book Day.

Comic-themed soundtracks were played in the background, to much enjoyment and the re-usable fabric comic bags new to Free Comic Book Day this year also got a great reception. Local soundmeister Matthew Armitage kindly compiled the comic mixtape and in the midst of all this we even had time to give podcast interviews to ipod, ucast (soon to be available on itunes). 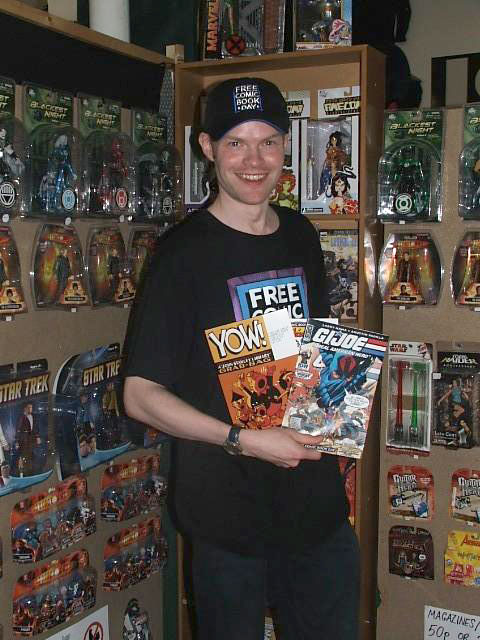 It's true that Free Comic Book Day was started to introduce new readers to comics, but over the years it's evolved. It's a celebration of creativity and whilst its primary goal must always be to introduce comics to new readers, it also gives retailers the chance to thank their customers for their continued support and also offer the opportunity to former readers to rediscover comics once more.

Mark it in your calendar: the first Saturday of May is Free Comic Book Day.