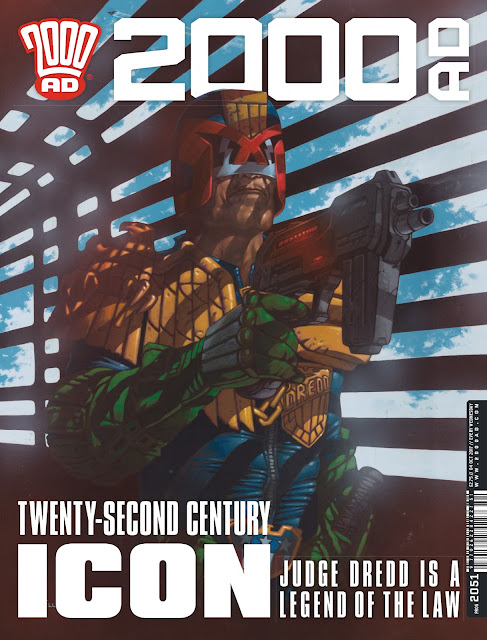 The latest issue of 2000AD, on sale now in all good newsagents and comic shops, comes wrapped in a smashing cover from David Millgate and features the following Thrills (and plenty of spills...)

Favourite story this issue? Well, apart from the way “Judge Dredd” is developing into a thoroughly nasty affair harking back to the days when robots ran amok in Mega City One, and that Dan Abnett is slowly taking over the comic (another fun “Sinister Dexter” tale this week!), I’m simply loving the ramping up of SF concepts we’re getting - without forgetting some good old roustabout head bashing and mythology in “Slaine”.

If you came aboard afresh with Prog 2050 after a break, it was the right decision! 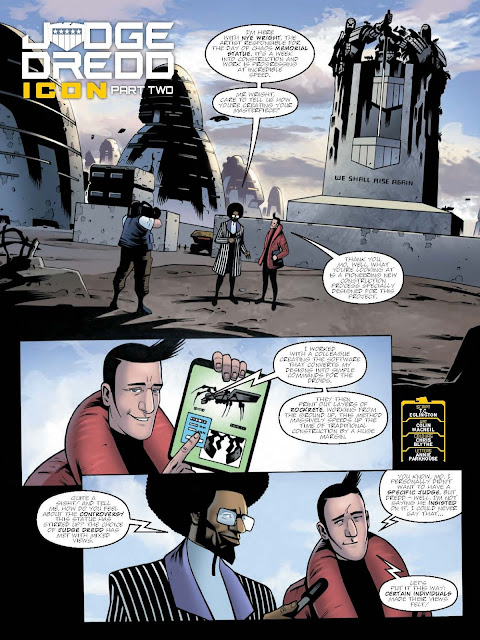 Mega-City One, 2139 AD. Home to 72 million citizens, this urban hell is situated along the east coast of post-apocalyptic North America, where unemployment is endemic, boredom universal, and crime is rampant. Tensions run a constant knife-edge, and only the zero-tolerance Judges — empowered to dispense instant justice — can stop total anarchy. Toughest of them all is JUDGE DREDD — he is the Law! 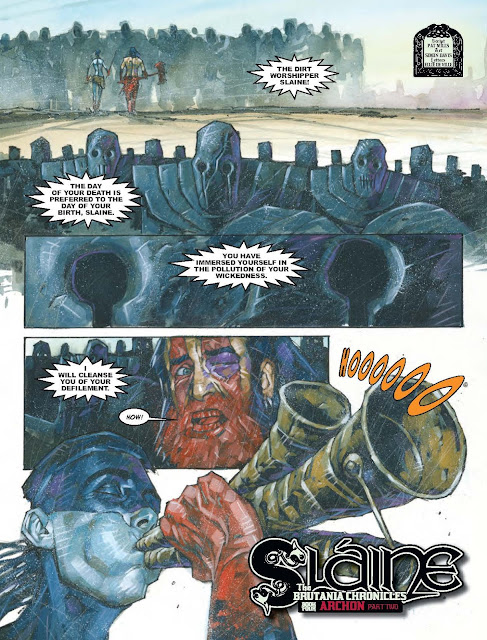 Albion. Celtic warrior SLÁINE united the tribes of the Earth Goddess and became the first High King of Ireland, but is now a wanderer. Having journeyed to Monadh to rescue Sinead from the Drune Lords, he’s discovered that they have been experimenting on their own creations, much to the displeasure of the Cyths’ jailer, the Archon Yaldabaoth. Now, the Archon has awoken and unleashed his army of stone warriors... 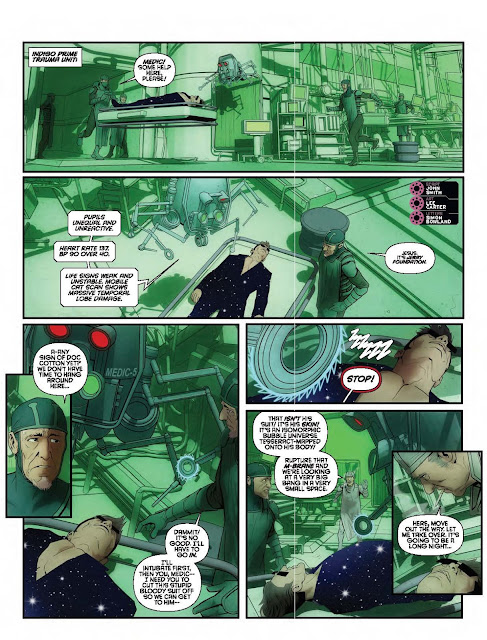 The multiverse. There are an infinite number of parallel realities, and all need managing in case of dimensional instability. This is where INDIGO PRIME comes in, the multiverse’s troubleshooters, whose agents — recruited post-death — are trained to deal with space/time catastrophes. Now, the majority of IP’s Imagineers have been sent into psychic toxic shock following the Christhulhu event... 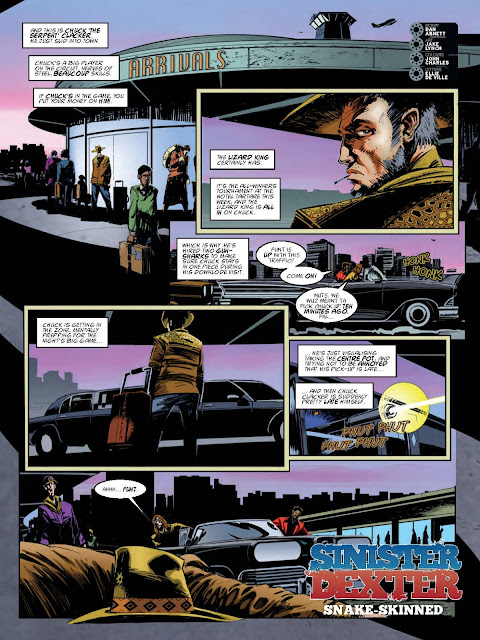 Gun-sharks Finnigan SINISTER and Ramone DEXTER are the best hitmen money can buy in the future city of Downlode. Having spent the last year offworld hunting for Holy Moses Tanenbaum, a ganglord from an alternate dimension whose presence threatened the fabric of reality, they’ve returned home, and are getting back to business. But whacking Tanenbaum has reset the continuum, meaning no one knows who they are... 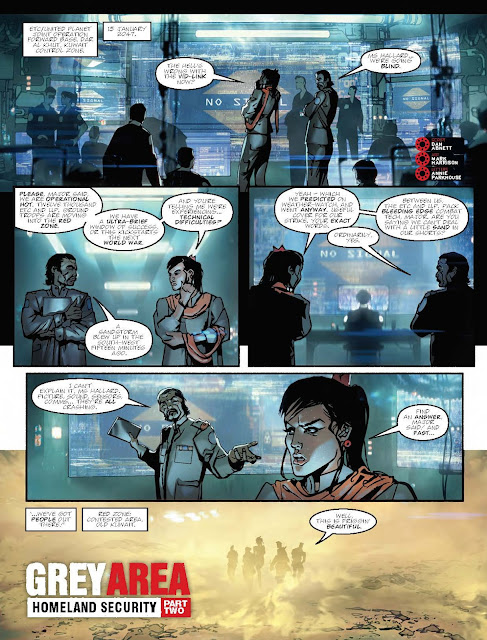 The mid 21st century. Earth has a heavily armed defence network, and any ETs arriving on the planet are housed in the Exo Segregation Zone, known as the GREY AREA, which is policed by squads of Exo Transfer Control officers like Captain Adam Bulliet and his team — wife Birdy, linguist Kymn, weapons expert Feo, and alien transfer Resting Bitch Face. They have to keep the peace amongst all manner of off-world life forms...
Posted by John Freeman at 4:33 pm