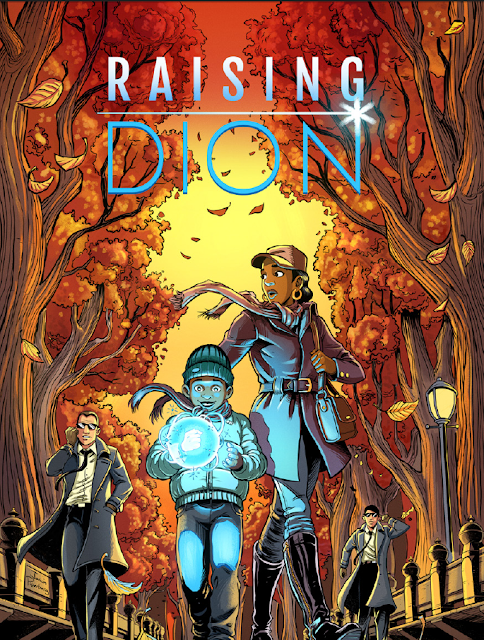 Netflix has ordered a ten-episode season of Raising Dion, a new SF drama series based on a comic book of the same name by award-winning director Dennis Liu, illustrated by Jason Piperberg.

In the comic, Nicole, a young, African American single mother discovers that her young son has magical abilities. Life was hard enough keeping up with the bills - let alone trying to keep track of her seven-year-old son’s invisibility, plasma powers and telekinesis.

In order to study his progress, Nicole films her son 24/7, with the help of her friend, Pat, who is an aspiring filmmaker. But when Nicole starts to notice mysterious men tailing her, and with Dion’s developing abilities constantly changing and becoming more powerful and possibly evil, she must find the courage deep within herself that she can raise Dion on her own.

Raising Dion was also made into a short film. Here's the trailer:

• You can download the first issue of the comic for free on Dennis Liu's web site (www.dennis-liu.com) or buy a physical copy to support the creation of the next issue

• Find the Raising Dion project on Facebook
Posted by John Freeman at 10:18 am