Tony Esmond reports from across the Atlantic on his first day at New York Comic Con 2017...

Last night was a doozy. I met up with Marc Laming, Amri and Adrian Hashimi (check out www.adrianhashimi.com for some of the best art you'll see), the Mighty Harrower and Mr Bob Fingerman. The aim was to have drinks with some buddies and stay up as late as humanly possible. I ended up drinking at a bar with Bob until late and stumbling back to my room. 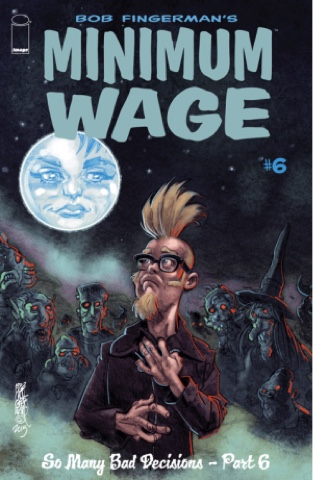 Bob Fingerman is the kind of guy that it's a privilege to know. His book Minimum Wage remains one of my favourite ever comics and he is always funny and thoughtful. He's got an IDW panel at 6.45pm on Friday at the NYCC. Head down. Find more about this creator at www.bobfingerman.com or on Twitter @fingerbo

I now have a small yet perky hangover! 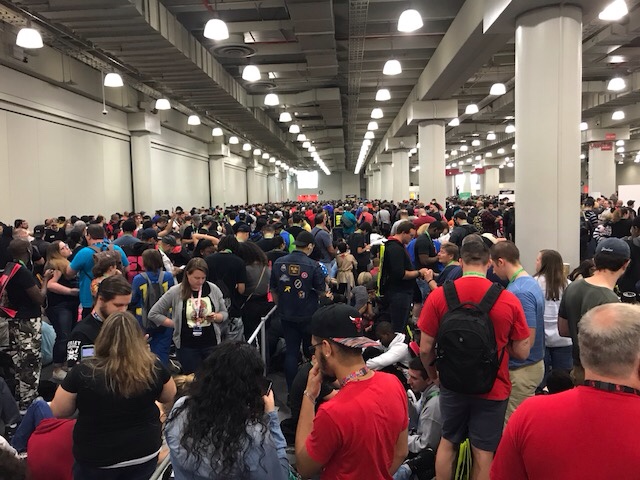 I got to the venue about an hour and a half early - just about early enough to sail through the metal detectors and line up in the hall, which was long and packed - but everyone was in good spirits and friendly. It was good to hear much talking about comics as we waited. 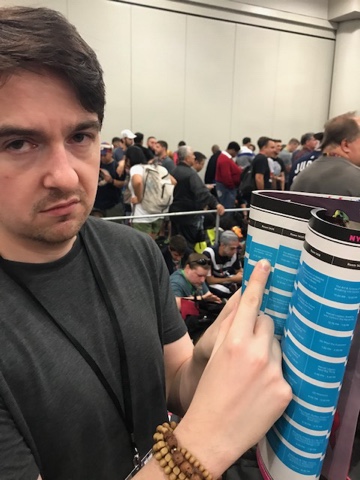 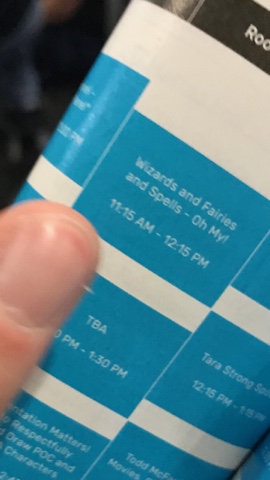 Myself and Mr Harrower examined the day's events whilst in the huge line. (See above photos for an interesting reaction). For the first time ever, NYCC staff took pity on us and they let everyone in around fifteen minutes early. The main floor and lobby was already a rugby scrum. I don't have a clue where all these people could have come from!

We made for artists alley which was still calm(ish). I heard talk that it was taking exhibitors a good hour to get in themselves and subsequently quite a few of the desks were empty.

We talked our way around the aisles and met up again with Mr Laming and Christian Wildgoose, as well as Brent Schoonover and Brian Vander.


In my wanders, I got to have a good chat with Russ Braun about his and Garth Ennis's new Aftershock Comics series Jimmy's Bastards. I bought some signed copies and his new sketchbook. This is a cracking series and full of the humour that runs on from these creators run on The Boys.

Bumped into the three 11 O'clock comics Podcast guys and shot the proverbial!

I caught up with UK creator Sarah Graley who was experiencing her first NYCC and was heading off to take part in a couple of panels. The artist on 'Kim Reaper and Rick and Morty can be found at www.sarahgraley.bigcartel.com or on Twitter @sarahgraleyart 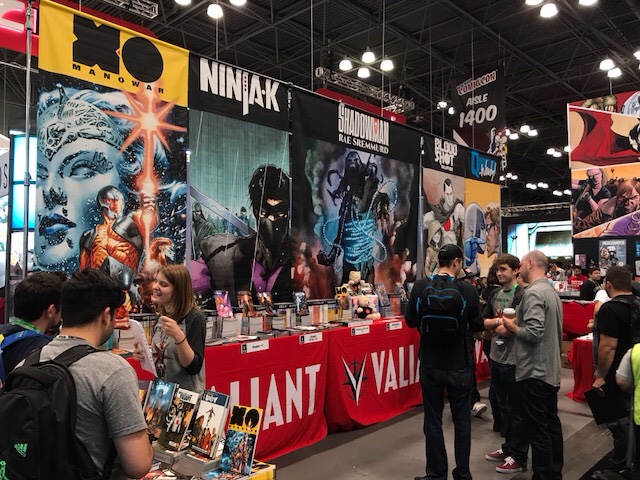 A few circles of Artists Alley and I braved the main floor and ought a handful of back issues and then made for the Valiant booth. I got to chat to possibly the most positive man in comics, Dinesh Shamdasani. We talked about all their stable of books. My only complaint is that I own pretty much everything on their stall!

If you want to get on the Valiant bandwagon I would highly recommend Divinity and The Valiant as entry level drugs! Great stories, well considered action heroes, class writers and artists.

One of the best things about wandering the sales floor on the slightly less busy Thursday is that there is plenty of room to grab some back issues and also look at the ruddy amazing original art on show!

Have a look at these really old and imaginative pieces I spotted. 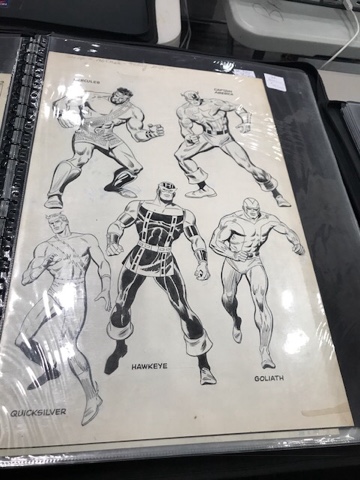 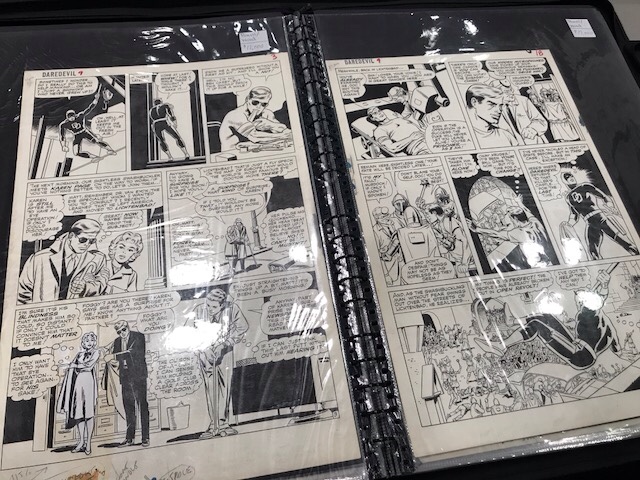 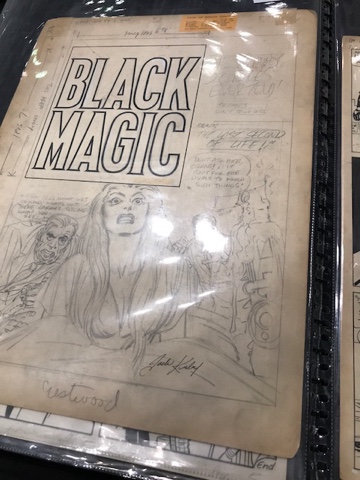 The main hall was a bit more managable through the day and myself and Matt Harrower took the opportunity to grab a few presents for pals back home fill some holes in the back issue lists.


We also managed to grab some time with Claudio Sanchez from the band band Coheed and Cambria. Along with his wife Chondra Echert and Daniel Bayliss, they produced one of my favourite series from the last few years -  Translucid. A book that cleverly flips the hero and villain cliches in a trippy and colourful style. You can get it in trade from www.boom-studios.com and I highly recommend it.


What would the NYCC be without a chat and a purchase from Daniel Warren Johnson. I grabbed the trade of Extremity from him for my son and he handed me Cherno his Pacific Rim fan comic.

His art will blow your preconceptions of what you can get on a page. Uppon showing it to a couple of pals who were busy at their tables I had to nip back to get more!

A small tip for anyone attending on the other days - get your shopping done in the last hour of the day on the sales floor. It began really thinning out at about 6.30pm.

Many thanks for reading....
Posted by John Freeman at 1:08 pm