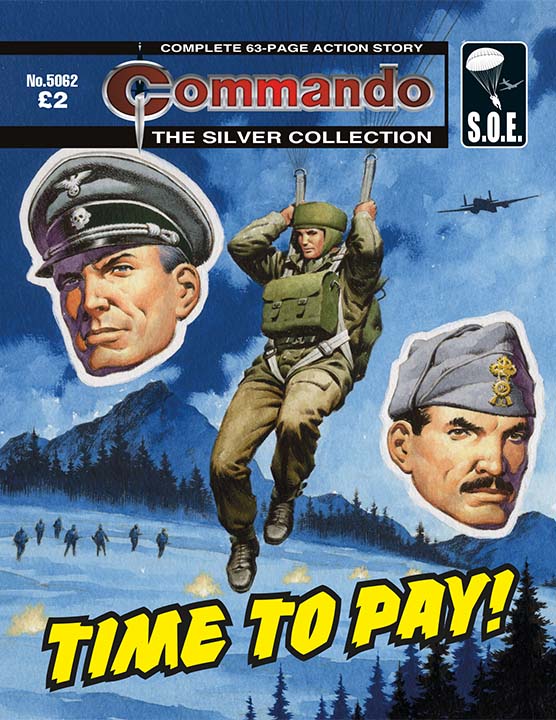 Here's the intel on the latest issues of Commando (Issues 5059-5062) from DC Thomson, on sale now in all good newsagents across the UK and various digital platforms. Expect Cold War espionage, Battle of Britain aerobatics, lost Napoleonic treasures and despicable acts of Nazi treachery in this week’s bundle! 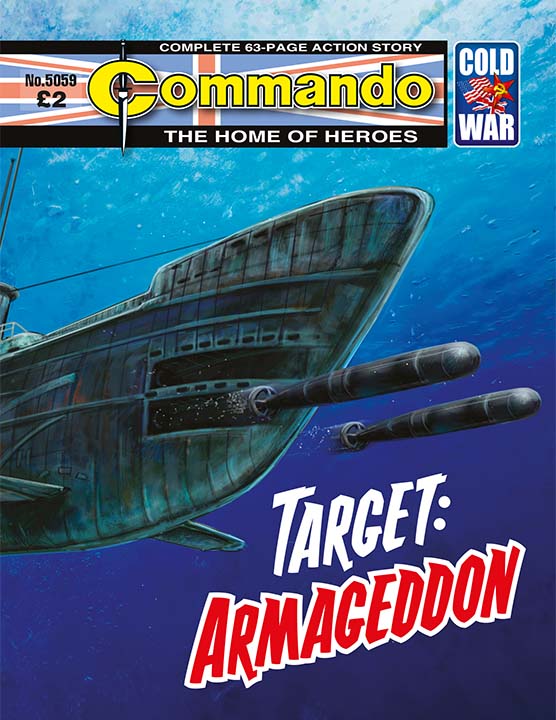 After Germany surrendered in 1945, many Nazis fled to South America, choosing to live out the rest of their days in peace, but one U-Boat captain, Heinrich Kessler, had other ideas. Disgusted by his government’s surrender, Kessler’s hate for western culture burned through the decades until he decided to strike back. He might not be able to destroy his enemies – but he would push them to destroy each other!

Now, in the heat of the Cold War, the Russian and American navies must work together if they are to defeat a greater evil that threatens the world…

Iain McLaughlin’s nautical narrative is filled with stunning seascapes from Rodriguez and Morhain, who detail the various warships and submarines that battle on and beneath the surface, carrying over from Janek Matysiak’s moody submarine cover. 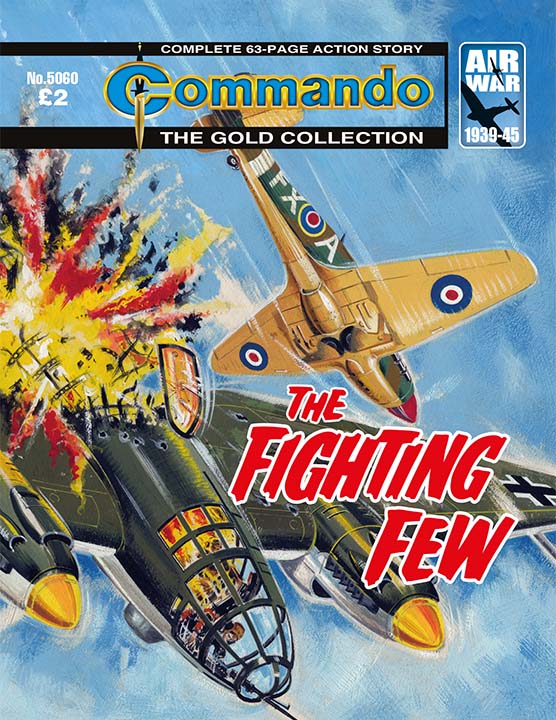 “No-one would deny that the Battle of Britain produced more heroes than any other action of the Second World War.”

A Golden Age classic, ‘The Fighting Few’ follows three pilots who formed one of the closest units the war had ever seen. Spending every minute to spare in the air, Flying Officer Gavin Roberts’ team was nigh on unstoppable. The only thing that held them back was Squadron Leader Connor, who, duplicitous and cowardly, took every chance he could to run away – even at the cost of another pilot’s life. So, facing Connor’s self-preservation and the relentless Luftwaffe, Gavin’s trio must train and fight harder if they are to survive and help Britain on the road to victory!

Bringing Maitland’s story to life, Gordon C. Livingstone provides the cover and interior artwork, making it easy to see why his designs are so beloved by comic fans. 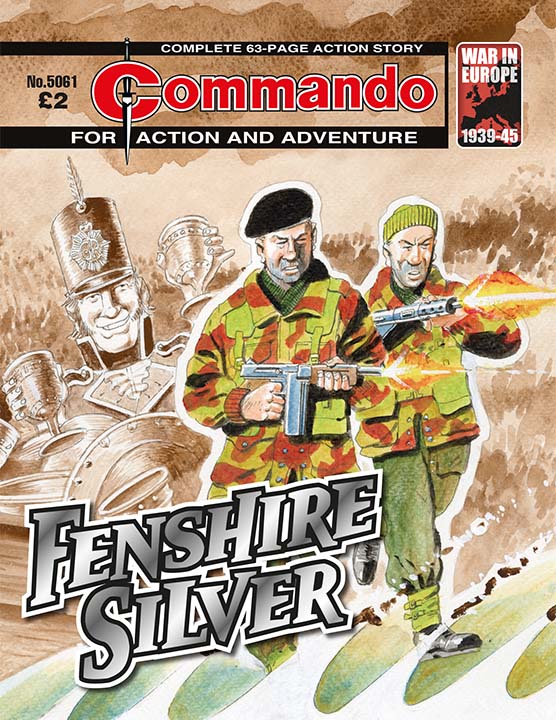 Uncovering a crate of silver finery from French soldiers in the Peninsula War, Fenshire Rifle Lieutenant Adrian Seacombe could not believe his luck, that is, until he perished on his return to British soil. But that silver would stay with the Seacombe line, eventually reaching his descendant who fought with the Fenshire Rifles regiment in the Second World War. But does this new Seacombe care more about the treasure than his men?

With art and cover design from Keith Page, George Low’s ‘Fenshire Silver’ is an adventure through the ages, from flintlock face-offs in Spain 1810, to the iconic Lee Enfields of World War Two.

Sent to join the Italians at the front, Strumbannfuhrer Gustav Braun was an evil and cowardly man. Panicking at the first sight of the action he had avoided so far, he ordered a unit of Italians shot down so he could steal their trucks and flee. But Captain Mario Celini would never forget this. Even after Italy surrendered, Mario joined the Allied fighters to push back the Nazis and maybe even get his revenge on Braun…

A different perspective on the war from K. P. MacKenzie, this ‘90s classic builds the perfect villain before introducing us to the heroes who will try to take him down. With beautiful depictions of the Italian countryside in C. T. Rigby’s artwork and a striking cover from Ian Kennedy, this is not one to miss!