In Review: Ismyre by B. Mure 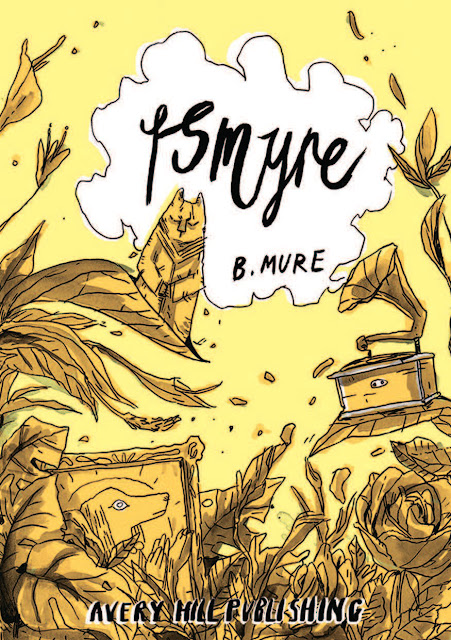 The Story: In the city of Ismyre, Ed the sculptor works as his widower neighbour sings strange melodies late into the night. He places the finished figurine on the shelf and notices that there is an empty space where another one should be. Perplexed, he sleeps, whilst his neighbour continues to croon. Meanwhile, across the city, a government building explodes into a mess of plants and flowers...

Exploring themes of loneliness in cities, ecology, craftsmanship and the self doubt that goes with making things; Ismyre is a quiet and fantastical mystery tale set in an old world of ordinary magic... 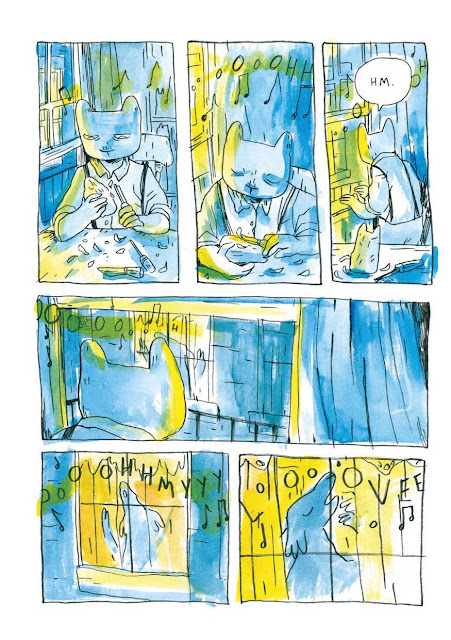 The Preview: This is a book that I have been waiting to see for a while now. Dave and Ricky from Avery Hill publishing had the table next to ours at London Super Comicon last month and spoke about how much they were looking forward to its release.

Ismyre opens on a quote that struck an obviously contradictory cord with me as I read onwards:

'The sculptor carves because he must' - Barbara Hepworth

The central character is an anthropomorphic cat. He is a cat with worries in a number of areas. He seems unable to commit artistically, he sleeps badly, he seems generally an everyman leaf blown on the whims or people he meets and also has the problem that someone keeps breaking in to his flat and stealing his sculptures. So let's observe the contradiction that he must carve, but for a while does not and is worried about sculpting in ice (so stick that in your pompous quote, Ms Hepworth!).

It's actually the moments that lampoon so-called creatives that made me smile the most in this comic. It's hard not to see them as dunderheads from time to time - and this certainly had me chuckling, 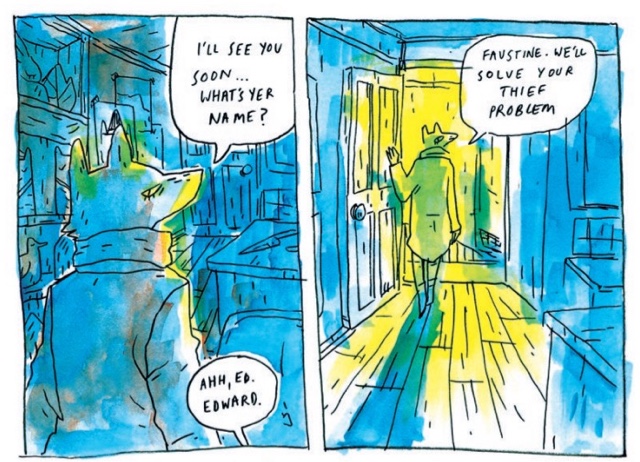 Strange drunken friendships are made, scurrilous government officials are met and observed being really quite badly behaved (wags finger), a woman who looks like a crocodile acts as an artists agent - and there is some strangely crap magic in the mix.

The story itself is a strange one to me. It jumps about and at moments lacks any real direction. I sat and watched as the characters dashed, argued, sang, slept and plotted. It's a slice of the strangely absurd at moments. It leaves you curious and a tiny bit confused at moments too. It's not really for kids and steps over the line to be an adult comic through setting and words.

'Genius never tells, or sleeps. But snacks are very important.'

(I try never to believe foxes!)

But, obviously, the story takes a large second place to the sumptuous hues and line-work of the art. The city at night sits in greys and blues and golds and opens on some really gorgeous set pieces. The initial moments of the neighbour singing in the otherwise quiet and action free night is something I could stare at all day. 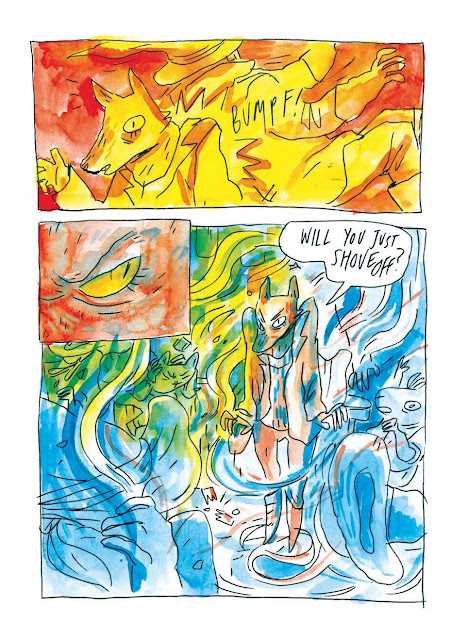 The art looks straight out of a Roald Dahl book with the added bonus of being carefully detailed and sequentially pleasing. It's a loose cartoony style and B Mure shows us some real style with the characters featured.

My favourite by far is the character echoing that bad boy of the past Mr Fox in the shape of 'Faustine'. A mystery of a character, who keeps having to dash off for babysitting duty or just decides at a moments notice to kick a front door.

To me, this is a book that you can return to again and again. Don't worry about the scattershot plotting style - just dive in and enjoy the nattering dialogue and absolutely glorious visuals.

Another worthy addition to the Avery Hill stable.

• Find out more about this book and others at www.averyhillpublishing.com or follow them on Twitter @AveryHillPublbr | Avery Hill Publishing titles on amazon.co.uk

Now.... Where's that Faustine spin-off comic!?
Many thanks for reading
Posted by John Freeman at 5:26 pm