Multiverse Mgazine blasts back into action 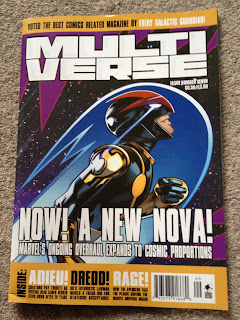 Mike Conroy's comics news and features magazine Multiverse is finally back in print - with a spanking new look for Issue 7 from Barry Renshaw and packed with industry news from both the US and UK, complete with an intriguing supplement from Blase Books, "Scraps", offering some rare UK and US comic oddments and a brand new one page comic strip from Mike Higgs.

The magazine has a range of news features, leading with an overview of upcoming US comics projects including the latest Marvel revamp and Marvel Now!, which will deliver refurbished Guardians of the Galaxy and Nova titles.

There's also a look at Paul Levitz' new DC Comics Golden Age book and an affectionate tribute to Karen Berger, who recently stepped down after 20 years at the helm of DC's mature readers imprint, Vertigo.

Described as "blatant advertising", the Blase Books "Scraps" supplement will have comic art fans salivating, perhaps, at the double page spread of some of the art it offers for sale from the IPC/Fleetway archive, including pages from strips such as Spider and The Phantom Viking alongside girls comics work and pages of the British Star Trek strip that were published in Valiant and TV21 in the early 1970s.

It might be advertising, but it's done with a sense of fun, wrapped in a great strip from Mike Higgs which we're only showing you part of below. Go and buy a copy to read the rest!

Mike diplomatically explains the troubles for the title in his editorial, which resulted in its 12 month absence in print - although digital editions of #5 and #6 were released. Let's hope his new partnership with UK Comics Creative and his unfailing enthusiasm for this magazine bring better fortune for him moving forward.

• Multiverse #7 costs £3.99 and is available in all good UK comic shops. For purchase information visit http://multiverse-magazine.com 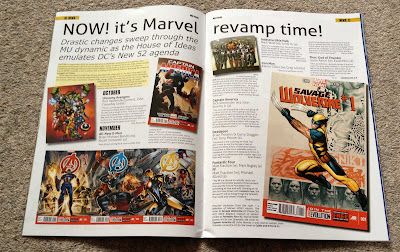 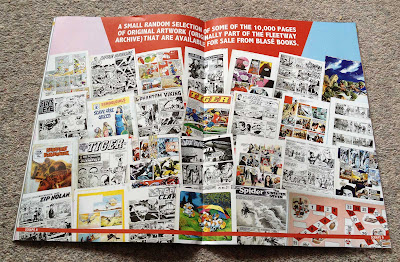