The Lakes International Comic Art Festival has now announced the full line up for the event which will run from 18-20th October in Kendal, Cumbria.

The founder patrons of the festival are Bryan and Mary Talbot and Sean Phillips.

​Bryan Talbot says: “Everyone can now see the full line up for the festival in October.  It’s an impressive list of some of the best and most innovative comic creators from around the UK and overseas.

“Kendal is the perfect place for a European-style festival and we’re all looking forward to seeing the town transform itself into a centre for comic art in October.  We look forward to welcoming the fans but also those who perhaps have not picked up a comic book since childhood.”

The final group of guests revealed by festival organisers includes a leading British political cartoonist, an artist on the Hellboy comics and some of the best of the new wave of comic writers and artists.

Steve Bell is one of the UK’s leading political cartoonists, producing cartoons for the leader pages of The Guardian. His strip cartoon Maggie’s Farm appeared in Time Out and City Limits in the 1980s and since 1981 he has also written and drawn the daily If… strip in The Guardian.

Steve created the memorable images of John Major with his underpants worn outside his trousers, of Tony Blair with Margaret Thatcher’s rogue eyeball and of George W Bush as a chimpanzee. His work has been published all over the world and he has won numerous awards.

Artist Duncan Fegredo is best known for his work on the Hellboy comics created by Mike Mignola. As we reported earlier this week, the pair are currently collaborating on a new Hellboy project, The Midnight Circus, which is due out later this year. Duncan Fegredo has also worked on a number of other comics, including Judge Dredd.

Duncan is the only other artist that Mike Mignola has entrusted with Hellboy. Mike Mignola has described him as a 'genius' saying: "Duncan can draw anything.  He can draw the real world, he can capture the mystery and the atmosphere that the book needs-but he's also a fantastic cartoonist, so he can keep the life and the humour that I try to get in my stuff."

Al Davison is an award winning graphic novelist. He is also a film maker, martial artist, fight choreographer, performer, and teacher, and is probably best known for his autobiography The Spiral Cage. He is currently illustrating Blood-Light, a graphic novel written by Alex Finbow. 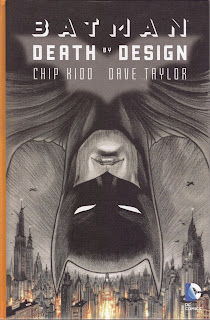 Dave Taylor is a comic artist who has worked for Marvel on Zorro and for DC on Batman.  He is also known as one of the artists on Judge Dredd and is working on a film and TV project based on the 1980 UFO incident at Rendlesham forest known as 'Britain's Roswell'.

American Nye Wright was hailed as ‘an amazing talent’ for his first book Lex Talionis: A Jungle Tale. He was the animation director for a cartoon sequence in Michael Moore’s Academy Award-winning documentary Bowling for Columbine. His book Things to Do in a Retirement Home Trailer Park was published by Myriad Editions in February 2012.

Isabel Greenberg is an illustrator and writer. She won the Cape/Comica/Observer Graphic Short Story Prize in 2011 with 'Love in a Very Cold Climate'.  It forms the prologue to The Enyclopedia of Early Earth, which will be published by Jonathan Cape later this year.

Daryl Cunningham is a prolific cartoonist, sculptor and photographer. His most recent book, Science Tales, was published by Myriad Editions in spring 2012.  It is a documentary comic book debunking myths and exposing the lies of scientific naysayers and conspiracy theorists, and the role of the media.

Ian Williams is a comics artist, physician and writer. He originated the website www.graphicmedicine.org, coining the term that has been applied to the interaction between comics and the discourse of healthcare.  His book The Bad Doctor will be published by Myriad Editions in 2014.

Ed Hillyer is a comic strip writer, artist and editor. His works have been published by Marvel, DC and Dark Horse in the USA, Kodansha in Japan, and numerous independent companies worldwide. He is currently working with Joe Kelly of Man of Action studios (the creators of BEN10) on a brand new concept called Kid Savage and Room4Love, a graphic novel for Selfmadehero.

Kate Charlesworth is a successful cartoonist and illustrator who is currently working with Mary and Bryan Talbot illustrating 'Sally Heathcote – Suffragette’.

Gary Erskine is a Scottish artist who has worked on a wide range of comics including Judge Dredd, Hellblazer and Star Wars. One of his latest projects is Roller Grrrls.

Katie Green's first graphic novel, Lighter than my Shadow, will be published by Jonathan Cape in October.

Andy Poyiadiagi is a filmmaker and comic artist. His comic Teapot Therapy was shortlisted for the Observer/Jonathan Cape/Comica Graphic Short Story Prize.

Dan Berry is an illustrator, designer, cartoonist and lecturer.  He also runs a podcast on comic art called Make It Then Tell Everybody. His book, The Suitcase, is published by Blank Slate Books shortly.

Owen Johnson is a Cumbria based artist who is also organising the festival’s version of a comics marketplace. His first graphic novel was Who on Earth was Thadeus Mist. He is now working on his next book Raygun Roads & The Infinity Loop Death-Trap of Ullysses Pomp, which is due to be published in the summer. 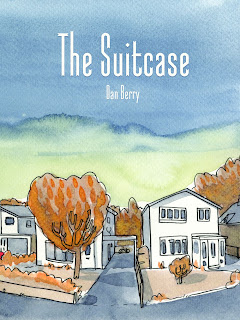 The Lakes International Comic Art Festival is modelled on the popular festivals on the continent in places such as Angouleme.  The format will be more like a literary festival than the comic conventions that UK fans are more familiar with.

Sean Phillips, one of the patrons of the festival, is the artist on Fatale which recently received six nominations in the Eisner Awards, the Oscars of the comics industry.  He says: “Like many people working in comics, I’ve long wanted to see a British version of the kind of festivals that take place in Europe, so I’m delighted to be involved in this new festival.  We have a fantastic line up and we hope to turn Kendal into a comics town for duration of the festival.

“With talks, special live drawing events, exhibitions and a kids’ zone there will be something for everyone to enjoy.  If you think you don’t like comics, we think you’ll be in for a surprise, with a huge diversity of work on offer in different genres from superheroes to politics, journalism to manga, and comedy to crime.”

The Festival is being supported using public funding by the National Lottery through Arts Council England.

• The full list of guests is available at www.comicartfestival.com. It is also possible to keep up to date with plans for the festival by following @comicartfest on Twitter or by liking the Lakes International Comic Art Festival Facebook page. Tickets for the festival will go on sale 13 May 2013.
Posted by John Freeman at 8:00 pm