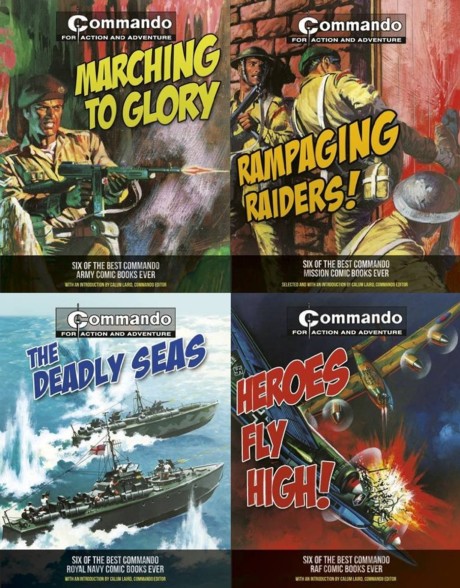 Unlike the previous three batches of Commando books from Prion which were 208 page paperbacks with three stories each, these titles echo the IPC War, Battle and Air Ace Picture Library titles that were published by Prion in 2010 as they are 400 page softcovers each reprinting six stories. This is the first time that Prion has released Commando titles in this 6 story format.

There are more details of all Prion's Commando titles on the Prion website.