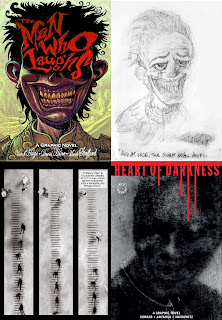 Continuing our month of shows about comics and literature, Alex Fitch talks to a trio of graphic novelists about adapting classic 19th century novels as sequential art. In a panel discussion recorded at Comica Comiket in 2011, David Hine and Mark Stafford discuss their adaptation of Victor Hugo's The Man who Laughs, a tale that has already cast a long shadow over comics, as the lead character Gwynplaine was supposedly an influence on the creation of The Joker. Also, fine artist Catherine Anyango discusses her visual approach to her 2010 adaptation of Joseph Conrad's Heart of Darkness, best known as the inspiration for Francis Ford Coppola's Apocalypse Now, which sees her intricate pencilling style married with both text from the original novel and also Conrad’s The Congo Diary.

Joseph Conrad's Heart of Darkness adapted by David Zane Mairowitz and Catherine Anyango is available now from SelfMadeHero / Victor Hugo's The Man who Laughs adapted by David Hine and Mark Stafford is released in April 2013. 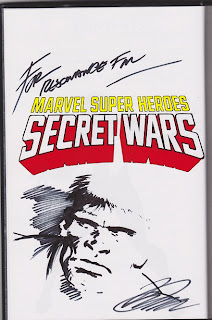 Please note, Resonance FM is currently running its annual fundraiser to help pay for the station's continuing programme of refurbishments. As well as variety of film and music related items in the auction, comic books and graphic novels include a hardcover omnibus of Marvel Superheroes Secret Wars which includes a unique sketch of The Hulk by David Lloyd, a 1st edition UK TPB of Watchmen including a sketch by John Higgins and framed signed comics by Gail Simone, Dave Gibbons, Jonathan Ross, Frazer Irving and many more.
Please visit http://resonancefm.com/auction2013 for more info.