Dan Dare On The Radio: A Thrilling Serial 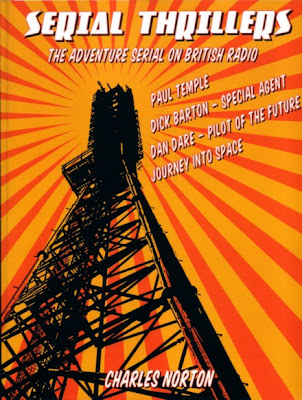 The spaceman character of Dan Dare was introduced to British comics readers in the first issue of Eagle comic in April 1950 and both he and the comic were an immediate success. In July 1951 the strip was transferred to radio with the commercial station Radio Luxembourg starting their long running Dan Dare drama series that was broadcast at 7:15pm  Monday to Friday, with each episode beginning with the phrase “Spaceship Away!” – a phrase that Rod Barzilay borrowed for the title of his excellent Dan Dare magazine. 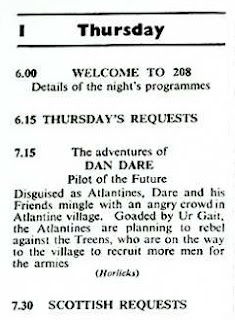 Sponsored by Horlicks, the Dan Dare radio series proved to be very popular with the listening audience and ran for over 750 episodes. It even spawned its own Horlicks Spaceman’s Club for listeners to join as well as a selection of merchandise tie-ins that today are very rare and command high prices on the collectors market. Yet the series is not well known today as Radio Luxembourg, being a commercial station, did not keep an equivalent of the BBC Archive and they simply junked their material once it had been broadcast. Even something as seemingly simple as an episode guide of the series has been impossible to create – until now.

Serial Thrillers is a new book by radio researcher Charles Norton which looks at four radio dramas of the 1950s, the BBC’s Dick Barton: Special Agent, Paul Temple, and Journey Into Space plus Radio Luxembourg’s Dan Dare. With interviews with those in front of and behind the microphones along with information from the BBC Archive and contemporary magazines, Charles has put together an in-depth history for the four radio dramas as well as detailed episode listings of each.


With so little previously known about the Dan Dare radio series, the book doesn’t merely open a window on it, it throws the doors wide open with a wealth of new information as well as an episode listing culled from the pages of Radio Luxembourg’s 208 listings magazine. An interview with Charles Norton will appear in the next issue of Spaceship Away but, in the meantime, his book is available from the Kaleidoscope Publishing website and Amazon UK.

Serial Thrillers (softcover, 280 pages, ISBN 976-1-900203-45-6) is published by Kaleidoscope Publishing at a cover price of £16.99. It is available from the Kaleidoscope website, www.kaleidoscopepublishing.co.uk/books-serialthrillers.html and from www.amazon.co.uk
Posted by Jeremy Briggs at 7:00 am