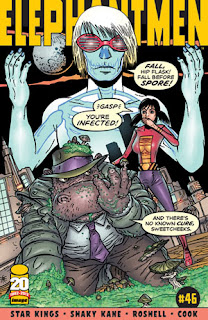 Published by Image Comics. the issue tells the disturbing tale of Harry Hazard -- a man who will quite probably fill you with his disease.