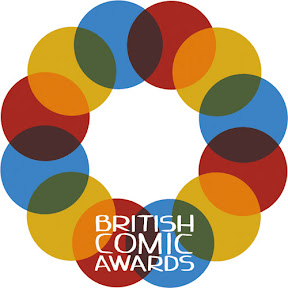 The nomination process for the 2013 British Comic Awards is now open and you can  suggest your favourite titles for consideration by the Awards Committee here on the BCA web site.

The Committee welcomes input and suggestions from anyone and everyone but please make sure that your suggestion is eligible for nomination.

Nominees for the British Comic Awards must be the work of a wholly British creative team (by British they’re referring to the United Kingdom of Great Britain and Northern Ireland), and the rights to such work should belong either to creators or a UK publisher, and published after 1st September 2012.

If you aren’t entirely sure if something qualifies, suggest it to them anyway and the committee will debate it.

Among the winners last year were Nelson, edited by Rob Davis and Woodrow Phoenix (Blank Slate Books), Bad Machinery: The Case Of The Fire Inside by John Allison and Hilda and the Midnight Giant by Luke Pearson.

Creators and publishers, don’t be modest, suggest your own work to make certain the BCA team are aware of it.

The British Comic Awards is not a ‘most votes win’ system. Any title only needs one nomination to be considered equally by the Committee for the shortlist. Creators, please don’t ask your readers to “vote” for you as this may flood our inbox.

The Judges for the 2nd Annual British Comic Awards will be announced sometime in early 2013.