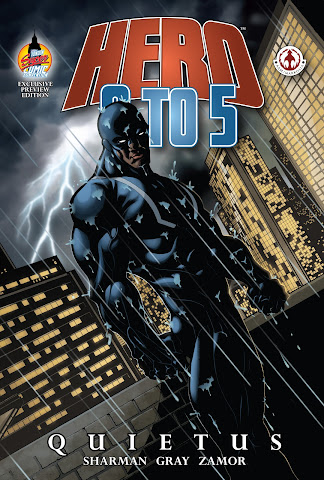 The first release is a 48 page, full colour, limited edition LSCC Preview Edition of Hero: 9 to 5 - Quietus - available to order now from the company's online store or to pick up at the event.

"This will include the first half of the follow up to the hugely successful 2010 graphic novel by myself, David Gray and Yel Zamor," writer and publisher Ian Sharman tells us, "plus an exclusive four page Thunder Woman story that will not be available anywhere else.

"We are printing these in extremely limited numbers, so make sure to head straight to the Orang Utan Comics booth when you arrive and pick up your copy."

Hero: 9 to 5 – Quietus is set in a world where the rich can afford the best in super hero protection, but the poor have to get by with the heroic equivalent of third party, fire and theft.

The “Lone Knight” returns from the pages of Hero: 9 to 5, but how will The Loner and the finest men and women that publicly funded super hero protection can supply cope when a mysterious figure leaves a trail of unconnected corpses in his wake? How will a young hero deal with the loss of his mentor? And, more importantly, how will Thunder Woman get her groceries when she runs into Lash Lady at the store?

In a world where being a super hero is just another job, what happens when there’s nobody left alive to pay the bill?

Quietus – some men just want to watch the world die. 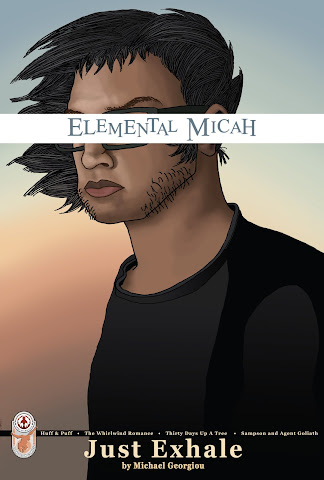 You can also grab a free copy of the Eagle Award nominated Eleventh Hour Volume One when you buy the Hero: 9 to 5 – Quietus LSCC Exclusive Preview Edition at the convention.

Orang Utan, who publish their books in partnership with Markosia, are also launching a new graphic novel by the exceptionally talented Michael Georgiou, Elemental Micah – Just Exhale, which collects the first four stories of this ununsual hero.

“With no super heroes or super villains, what defines someone with powers?" asks Ian. "Micah’s seventeen with poor eyesight, a broken nose, overweight, apathetic, gay and has the powers of a God. With these new powers, the future has never seemed so uncertain.”

Elemental Micah will be on sale at the Orang Utan Comics booth and also direct from Michael Georgiou at his own table at LSCC.