Final Johnny Red collection from Titan Books out next month 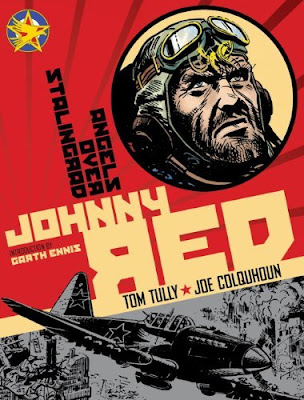 The final collection of Joe Colquhoun’s work on the seminal aerial combat story Johnny Red, which featured in Battle Picture Weekly, is out next month.

Entitled Angels Over Stalingrad, this third volume in the series includes a feature on the Battle of Stalingrad by Garth Ennis (The Boys, Preacher, War Stories).

Sadly, at present it seems this is the last Titan collection for now from the series, but Egmont are publishing digital editions of the comics, with two volumes already on sale - so let's hope that artist John Cooper, who took over the strip from Joe Colquhoun when Joe moved over to Charley's War, gets his day in the limelight, which he so richly deserves.

These collections are a fantastic tribute to both writer Tom Tully and artist Joe Colquhoun, neither of whom are still with us.