Comics at Christmas on the Telly 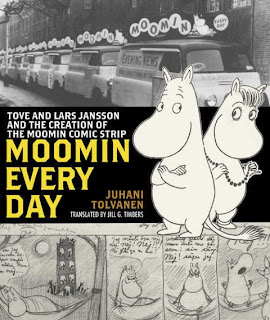 (with thanks to Paul Gravett): There are a couple of comics-related TV events on British TV this Christmas you might like to set your recorders for.

Firstly, on Boxing Day, you can enjoy a new one-hour television documentary entitled Moominland Tales: The Life of Tove Jansson, billed in the Radio Times as: “A profile of the author behind the well-loved Moomins series about a family of trolls facing a range of adventures.

"The programme traces how Jansson lived a bohemian existence as an artist in Helsinki, before becoming a recluse on a remote island in the Gulf of Finland, and reveals how her creative genius extended beyond her popular characters to satire, fine art and adult fiction.”

As well as a contribution from comics guru Paul Gravett, others taking part include Finnish Moomin expert Juhani Tolvanen whose thoroughly researched study into the birth and success of the Tove Jansson’s newspaper strip for the London Evening News, entitled Moomin Every Day, is coming out early next year in English from Drawn & Quarterly. 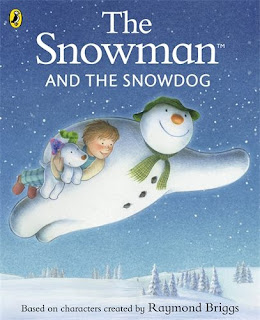 On the following Sunday, 30th December, to tie in with the premiere of The Snowman and The Snowdog, Channel 4’s new sequel to the animated version of The Snowman, there’s a ‘making of’ documentary called How the Snowman Came Back to Life on Channel 4 at 6.05pm, following the sequel’s repeat showing at 5.35pm.

As well as an interview with Raymond Briggs, his many admirers including Posy Simmonds, Quentin Blake and Shaun Tan will be joining in and you might spot Paul among them too.

• Moominland Tales: The Life of Tove Jansson airs at 9pm on BBC4 on Boxing Day.

• While you're waiting, not re-visit the Tove Jansson exhibition Paul Gravett curated for the Belgian Comics Centre in Brussels in 2010.

• How the Snowman Came Back to Life airs on Channel 4 at 6.05pm on Sunday 30th December, following the sequel’s repeat showing at 5.35pm.
Posted by John Freeman at 4:02 pm