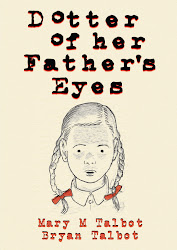 (Updated): Two graphic novels - Dotter of Her Father's Eyes by Mary and Bryan Talbot and Days of the Bagnold Summer by Joff Winterhart - feature in the short list for this year's Costa Book Awards - considered one of the UK's most prestigious book awards.

While there are many dedicated comic industry awards, this is, the Guardian notes, something of a literary milestone, as they are the first graphic works to be shortlisted for a Costa (formerly the Whitbreads) which "unashamedly celebrate and reward enjoyability in five sections.

"While it might be a surprise to some, there will be many who feel there should be more mainstream recognition for graphic work," the paper reports, and Bryan Talbot agrees. "I think it's a big thing for the comic medium generally," he says. "It is another instance of the growing acceptability of comics as a valid artform."

The well-received Dotter of Her Father's Eyes tells the story of James Joyce's tragic daughter Lucia, who spent the last 30 years of her life in a mental institution. Into that tale, Mary Talbot has woven the story of her own troubled relationship with her father, the eminent Joycean scholar James S Atherton.

Told in both monochromatic and colored styles, the story shows two very different people, combined in a way that is unique all on its own, the book received major praise for its take on gender politics on its debut and was rated one of the best graphic novels of the year by Publisher’s Weekly. 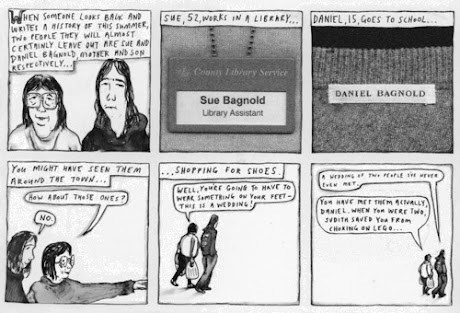 In Joff Winterhart's funny graphic novel, Days of the Bagnold Summer, Sue, 52, works in a library. Daniel, 15, is still at school. This was the summer holidays Daniel was due to spend with his father and his father's pregnant new wife in Florida. When they cancel his trip, Sue and Daniel face six long weeks together...

Already well-known for his animated films like Violet and Turquoise, Joff Winterhart here shows himself to be a comics author of extraordinary talent.

On release, review site BookMunch described it as the most enthralling graphic novel debut of the year.

"Days of the Bagnold Summer is a book that will make you chuckle and ponder," their reviewer enthused. "Chuckling and pondering are no bad things. It is also a book that will work on you and draw you back for another re-read, another chuckle, another ponder. From start to finish, it’s a pleasure of a peculiar kind. Joff Winterhart is a writer we will be keeping a close eye on in the future. He is also a writer that we think you graphic novel types should be hurrying to check out. 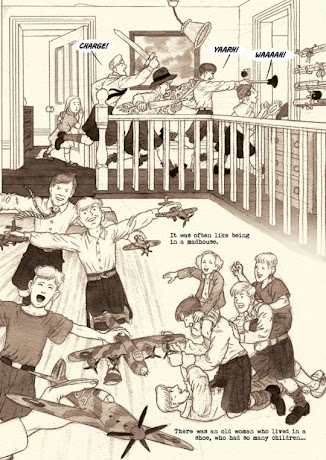 Talking about the nomination in the Guardian yesterday, Bryan Talbot said many people tended to view comics as a genre rather than a medium, whereas "they can tell any sort of story". He said some tended to not think beyond Superman.

"People don't seem to realise there's a whole range of quality material out there which is worth any intelligent person's time to read."

Shortlisted for his first full-length book 38-year-old Winterhart, who drums in a band despite having only one hand, told the Guardian he was extremely surprised by the nomination. "It doesn't feel like a novel, it's got pictures in it!

"I didn't know it had enough words to constitute a novel," he continued. "Some graphic novels are quite epic and very cinematic in scope and mine is incredibly not like that."

Author Wendy Holden, one of the category's three judges, said it was funny, thought-provoking and "sniff-makingly sad". She added: "Anyone with a teenager in the family, or anticipating having one in the future, should read it. It's not only hilarious and brilliant but deals with real life, as people really live it, which alone sets it apart from many works of fiction today."

She said graphic novels were "undeservedly underrated" and Winterhart's book was a jewel in the genre.

You can read about Waterstones’ own Sarah Clarke and experiences on the judging panel of the Children’s Book Award here.


The winners of the Costas will be announced on 2nd January 2013. The final five will then be in competition for the overall £30,000 prize as Costa book of the year on 29th January.