Black Tower’s Return of the Gods proves an Unexpected Hit 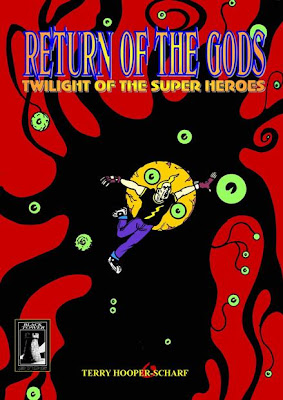 Indie publisher Black Tower is enjoying strong sales for its Return of the Gods collection, originally published for the European market.

Sales of the title totalled more than all Black Tower sales for the previous six months  in just one month and it's earned praise and many fans in Belgium, France and Germany who Black Tower tell us have made this "a really unexpected hit" .

Return of the Gods: Twilight of the Super Heroes sees several storylines combined into one big event. Heroes around the world disappear after being chased by glowing orange spheres - and the world believes them dead though the hero community is pursuing every avenue of investigation, including the possibility that a super villain may be behind the mystery. But the heroes have actually been transported to a huge walled city on a dimensional plane -Neo Genesis - the home of the pantheons of gods under Pax Olympus.

Unknown to them, they are pawns in a game by the gods to use them to fight off the return of the Ancient Old Dark Gods. Meanwhile, on Earth, an alien invasion beach-head action by the Boarmen has taken place. Huge impenetrable domes have concealed cities around the world and all within are trapped - which includes some long forgotten heroes.

Join Black Tower’s Indian, Pakistani, Chinese, Singaporean, British and other international heroes in an ultimate adventure where heroes do die and death is final. No one comes back from the dead.

"To date, out of the 60 plus books Black Tower has published, this has been the most successful," Terry tells us. "In fact, it’s caught me out!

"The series was originally published in Adventure 1-6 but as there was a lot of interest in Europe I put all the parts together in a trade. It was only advertised and reviewed in France, Belgium and Germany but from that we’ve sold hundreds of copies.

"The feed-back from Europe is incredible," he adds. "One review on Tales From The Kryptonian blog spot just saw another order boost.

"In other words I’m happy for the first time in a long while!"

• Return of the Gods: Twilightof the Super Heroes is available via: www.lulu.com/spotlight/hoopercomicsuk. Until 2nd August Return of the Gods is being offered at a reduced cover price -£8.00 instead of the £10.50 it reverts to after the 2nd.
Posted by John Freeman at 6:30 pm