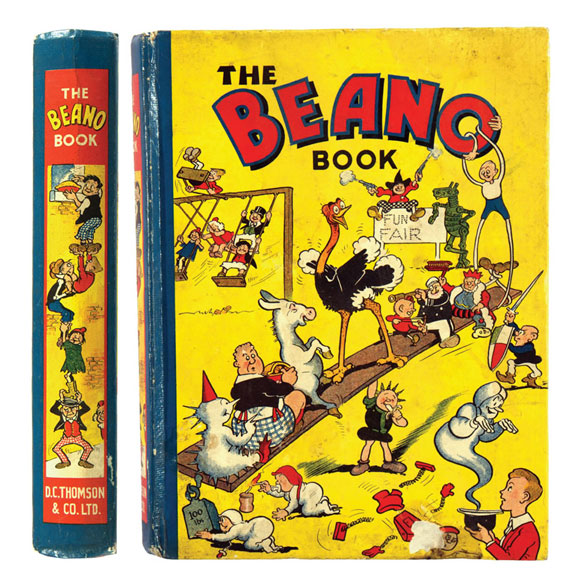 Over 200 items of British comics and art form the Summer 2010 auction at UK auction house Compalcomics, including a rare Beano book discovered in a charity shop and cover art for an early issue of Marvelman by creator Mick Anglo.

Beano Book No 1 was found in a pile of annuals at the back of a charity shop in St Andrew's, Scotland and luckily, the manageress, Tammy, and her volunteer, Matthew, realised it was something special and sent it to Compalcomics to be auctioned on behalf of Cancer Research UK. The book is in robust, bright condition and estimated at £1500-2000.

But that's not the only rarity in the catalogue which includes art by Ken Reid, Dudley Watkins, Martin Asbury and John M. Burns and some rare Dan Dare toys. 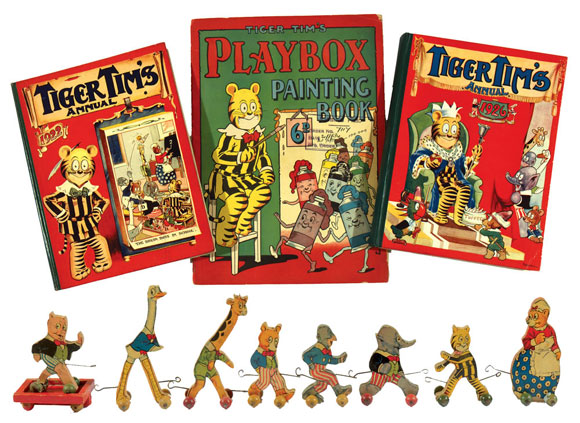 Tiger Tim was enormously popular in the 1920s and lot 21 includes his first six annuals with a Painting Book and the rare Bruin Boys wooden train set, the characters all with coupling and wheels (apart from Porky Pig, whose obvious weight put paid to a set).

Football is very much on many peoples' minds this Summer and The Football Post, which was only printed in Nottingham, concentrated on their great local teams, Forest and County. There are 146 clean, flat issues from 1935-39 at lot 30. Sports paper Topical Times gave away some superb free gifts and their 1933 selection of football stars coloured cards and supplements are highly collectable. You could've used a pair of Stanley Matthews' shorts to make a tent. Have a look at lot 32. 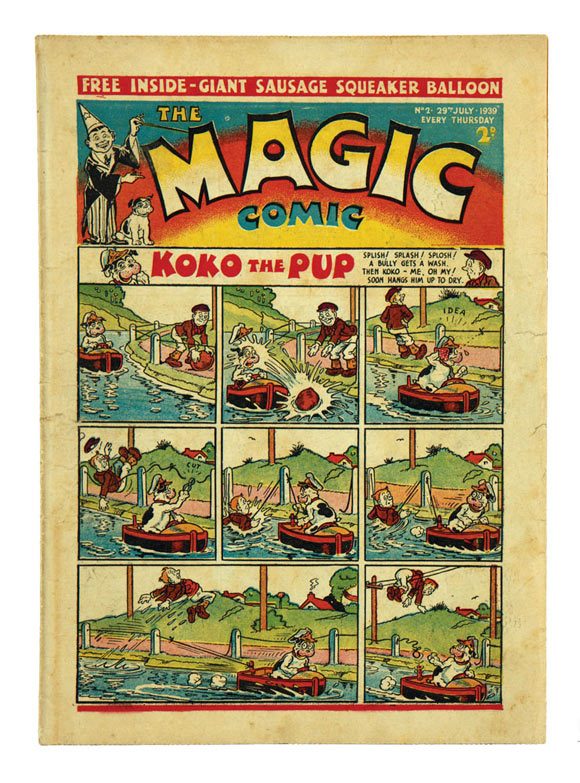 Hotspur complete years are well to the fore with unusually high grades for 1934 and '35 and the title is well represented right through the war years along with Wizard's two rare Holiday Books, one with a cover no-one in their right minds would surely ever commission today. The Beano and Dandy's lesser sibling, Magic Comic, only ran for 80 issues to 1941 and a particularly good selection including Nos 2, 3 and 4 awaits your attention. The Beano also competes in this rarified atmosphere. 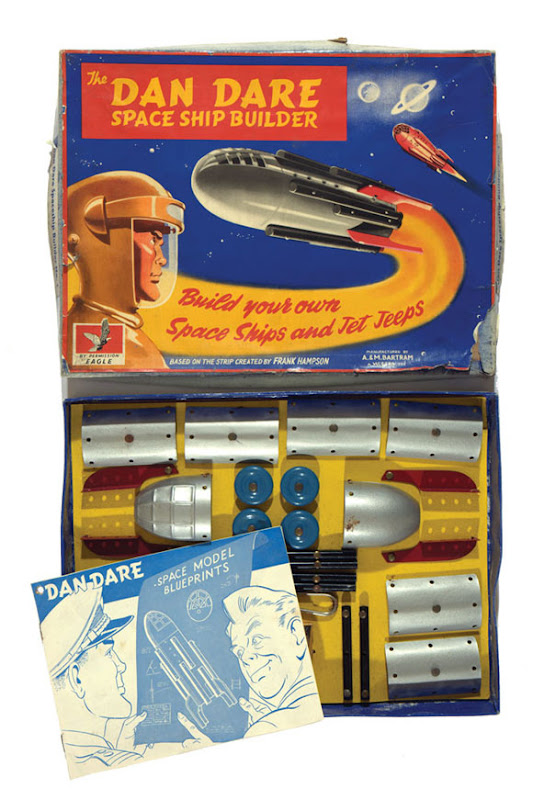 Talking of atmosphere, Superman was first reprinted in the UK with The Triumph in 1939 and most of these issues should fly at lot 63. Also flying will be Dan Dare's Spaceship and Rocket Builder construction sets (Mum, whaty'do you do with my spanner?) 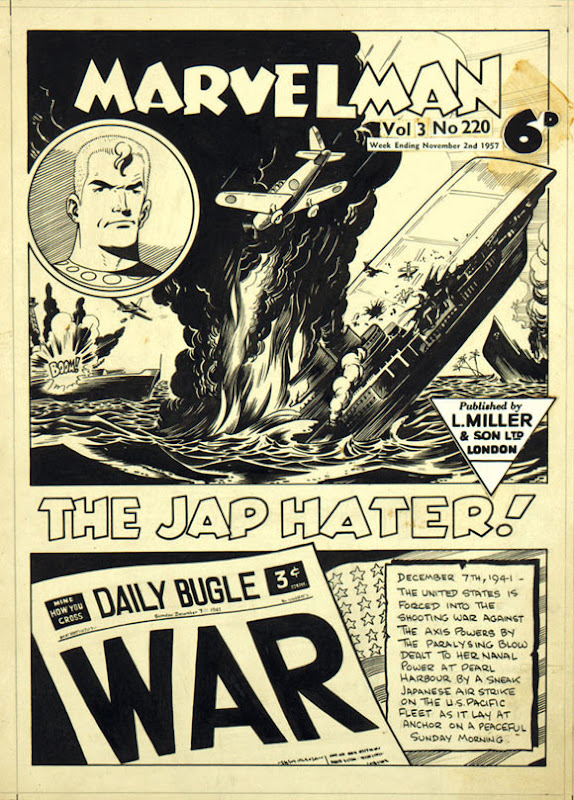 Wrapping off this huge auction, there's a fine selection of artwork on offer including Desperate Dan, Oor Wullie and The Broons by Dudley Watkins, Frankie Stein and Faceache by Ken Reid and Reg Parlett, a 1957 Mick Anglo Marvelman cover, two pages of John M. Burns Bionic Woman from Look-In, along with two pages of Battlestar Galactica from the same comic by Martin Asbury, plus rarely-offered with Ron Embleton art from his satirical Penthouse strip Oh! Wicked Wanda - and some great Rupert the Bear work, too.

The US section profiles The Batman #5 and #11, first issues of Amazing Spider-Man, Avengers, X-Men and Giant-Size X-Men #1; and there's also a high grade Brave And Bold #34 - the first Hawkman adventure.

• Bids will be accepted until Tuesday 1 June at 8 PM UK time. To go directly to the main page for the catalogue, click here: www.compalcomics.com/catalogue

• Compalcomics holds four auctions a year. As a member of this list you will receive a message shortly before auctions open and close. Results of most auctions are posted online two weeks after the closing date.
Posted by John Freeman at 4:30 pm