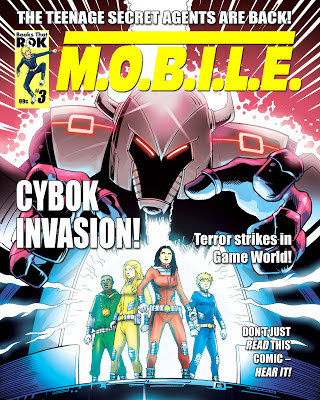 The Team MOBILE #3 audio comic from ROK Comics is now on sale in the iTunes store for Apple devices.

The adventures of Team M.O.B.I.L.E. continue! They are the undesirables, the no-hopers, misfits… the teenagers who don’t fit in, who flunk every school test and often end up on the wrong side of the law.

But these teens have a secret – they are secret agents for a mysterious international organisation – the Mindmerge Organisation Bureau – International Law Enforcement. Selected using secret tests, they're gifted with skills to tackle any threat to the world, anywhere and any time! 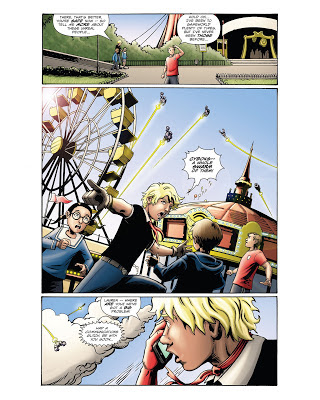 In Game World, the teen agents investigate the disappearance of children from a major theme park - and uncover a sinister plot - the work of deadly Cyboks!

Team M.O.B.I.L.E. is a ROK Comics production from Ferg Handley (script), Andrew Chiu (art), Kris Carter and Kirsty Swan (colour) and Jim Campbell (letters), backed by a full UK-US voice cast and soundtrack. This issue also includes a background feature on the world of Team M.O.B.I.L.E. and the Cyboks.

• Now on sale in the iTunes store for Apple devices
Posted by John Freeman at 7:33 am