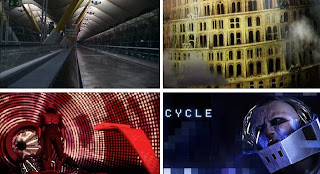 I'm ready for my close-up: Animating the city

Alex Fitch talks to the directors of two new cutting-edge animated films which mix animation and live action footage to beguiling effect. Zoltan Sostai discusses his film Cycle, a spiritual successor to Tron and The Matrix, which sees an astronaut trying to escape a bleak urban landscape which twists and loops back on itself, creating a maze he can't escape.
Also, British animator Paul Bush talks about his first feature film Babledom which looks into the layers of history and potential future that are unearthed by explorers of the modern city.
Cycle was released in Hungarian cinemas on 21st February 2013 following its London première at SCI-FI-LONDON in 2012 / Babledom is released in UK cinemas on 8th March 2013. 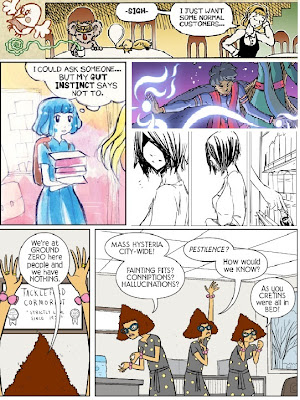 In the first of a series of shows looking at comics serialised on the internet, Alex Fitch talks to a quintet of young British webcomic creators about their work. In a Q and A recorded at Comica Comiket (2011), John Allison discusses his webcomic Bad Machinery, his reasons for choosing the internet as a form of delivery and the lessons he's learned as a comic book creator over the last decade.
Also, at the end of the first Webcomic Artist Swap Project week (February 25th - March 3rd, 2013), Nich Angell (Cat and Meringue), Zarina Liew (Le Mime), Naniiebim (Mephistos) and project originator Richy K. Chandler (Lucy the Octopus), talk about their musical chairs experiment which saw thirteen creators write and draw each others' strips in order to bring new readers to stories they may not have previously encountered, and raise awareness of the British webcomic scene in general.