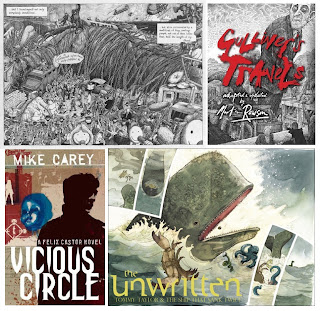 Concluding a month of shows looking at the connections between comics and books, Alex Fitch talks to a pair of authors who have used graphic novels and comics to update classic literature.

Mike Carey discusses his comic The Unwritten which sees characters from classic literature - such as Frankenstein's monster - and authors - like Mark Twain - being caught up in a fantastical conspiracy through the ages; Alex and Mike also discuss how the latter's parallel career as a novelist effects his comic book writing.