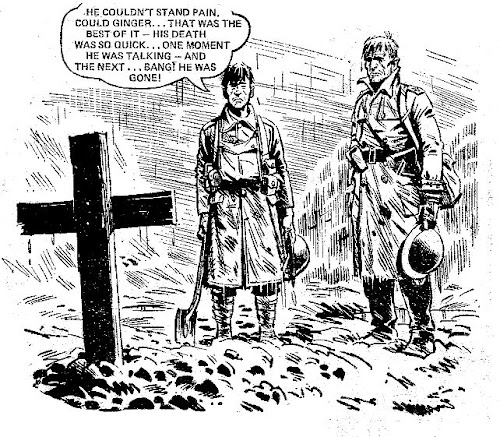 British comics fan Jonathan Clode has launched an appeal for contributions to an anthology to mark the outbreak of World War One next year - and has already got creators on board willing to contribute.

In a posting to the downthetubes forum he explains: "2014 marks the centenary of the First World War. In years gone by, comics about World War One and World War Two were common place, and in France and Belgium they are still produced and very much revered.

"My goal is to revive and reinvigorate this part of the genre, and in doing so commemorate the lives and deeds of those men and women who were affected by ‘the war to end all wars’.

"I am putting together an anthology of stories each ranging from 6-10 pages in length. The subject matter can be anything that relates to World War One, as long as it is honest and does not seek to glorify war. It can be historical or fictional using any style you like - the only stipulation being that it has factually accurate context (i.e. you can create characters and put them in a fictional aspect of the ‘Battle of the Somme’, but ensure the detail around the battle is correct).

"Anyone who has read Charley’s War by Pat Mills & Jim Colquhoun will know what I’m going on about!

"I also aim to add poems and diary entries alongside single illustrations," he continues. "These would appear between each story.

"There will be numerous events to mark the [World War One] centenary across its four year duration, and I really feel that this could be a powerful piece of work, both as a sentiment of remembrance, and as an example of how diverse and evocative our medium can be.

"At the moment I’d just like to gain the interest of other writers, artists, inkers whoever...

"Publishing options will be looked at once a few stories have come together and folks are on board. If there’s anyone around who’d care to join me in taking charge of this thing, I’d be glad of that too.

"In the 48 hours since I posted this idea on a few other sites I've already had responses from Italian, Canadian, American and British creators with some wonderful ideas; enough for around five stories. What I'd like is a few more UK creators, being as this is inherent to our history and character.

"This has always been a subject of immense interest for me, and with a little luck there are a few of you out there who feel the same!"