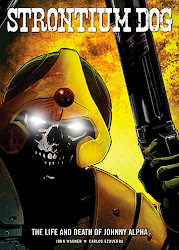 The shortlist for the 2013 Stan Lee Excelsior Awards has been announced and includes two British titles - Strontium Dog : The Life and Death of Johnny Alpha and Classical Comics' Sweeney Todd - alongside several overeseas projects.

Created by Paul Register from Eccelsfield School, the Awards started out as a Sheffield-based project, attracting the interest of 17 Schools in its first year. As word spread, last year the project, which aims to encourage reading in younger people, attracted 77 schools - and not just from Sheffield.


This year, so far, over 100 schools have signed up, including schools from outside the UK.

The award is named after (and with permission of) Stan Lee, creator and co-creator of many of Marvel Comics' most iconic and world recognisable comic characters and groups. The Stan Lee Foundation (set up to improve literacy amongst children in the US) gave its blessing to the awards in its first year.

This award is the only nationwide book award for graphic novels and manga where kids aged 11-16 choose the winner from a selection of books by reading and then rating each graphic novel they read.

"Eight graphic novels are selected for the shortlist and it now attracts dozens and dozens of schools and public libraries from all over the UK - from Scotland to Jersey, from Belfast to Gateshead," explains Paul. "The overall goal of this scheme is to encourage reading amongst teenagers.

"However, its secondary target is to raise the profile of graphic novels and manga amongst school librarians and teachers.

"This storytelling medium has been a largely underused resource within education for many years," he feels. "The Stan Lee Excelsior Award attempts to highlight some of the amazing books that are out there - books that fully deserve to be in our school libraries alongside regular fiction.

"We work closely with both the School Library Association and the Stan Lee Foundation. We are thrilled that 'Stan The Man' has given us his blessing and his permission to name this award after him."

This year's nominations are: 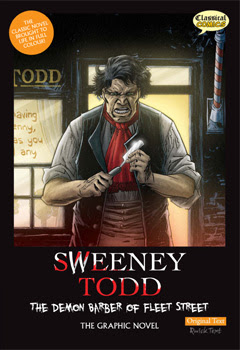 STRONTIUM DOG: THE LIFE AND DEATH OF JOHNNY ALPHA by John Wagner and Carlos Ezquerra

X-O MANOWAR: BY THE SWORD by Robert Venditti and Cary Nord

The Awards remain rooted in Sheffield in terms of organisation, with specialist comic book retailers Sheffield Space Centre, who have been involved since the first year of the awards, helping with book selections, library supply and attending the awards ceremony.

Sheffield creative company Digital Story Engine have also been involved, providing video coverage and interviews with many of the writers and artists involved.

An awards ceremony will be held at Ecclesfield School in July, when the top three graphic novels are announced, with school children at the awards ceremony given the chance to meet and talk to writers, artist and publishers involved in the comic book industry.

• If you are a pupil and want to get your school invlved in these awards, talk to your school librarian and point them to the website - www.excelsioraward.co.uk - or, if you are involved with school’s Libraries, or libraries, check out the website for more information, too.