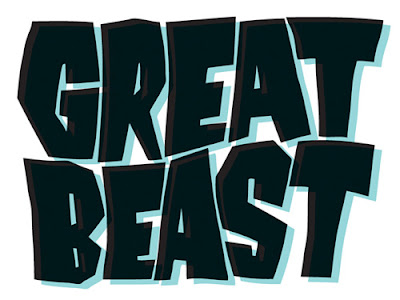 Great Beast Comics has announced the release of their first two graphic novels, Ellerbisms by Marc Ellerby and The Everyday by Adam Cadwell. 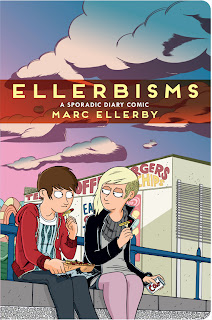 Ellerbisms is the story of a relationship told in pictures through the autobiographical comics of Marc Ellerby.

Ellerbisms catches a glimpse into the life of a young couple, their highs and lows, their sighs and LOLs. Collecting more than 200 original strips from the cult web-comic plus an additional 30 pages of brand new material exclusive to this handsome softcover edition.

Ellerbisms - first conceived back in 2007 - has had write ups by Wired Magazine and The Guardian as well as receiving praise from notable comic industry professionals such as Warren Ellis and Kieron Gillen.

This new collection is a gem - the strips encompassing so many things about life and relationships it's impossible to detail them all. Head over to the Great Beast web site and check out some of the samples.

Since graduating with a First Class Honours in Illustration from the Kent Institute of Art and Design, Marc has illustrated comics and work for a number of clients as well as actively pursuing self initiated projects. His comic work has been recognised by bodies such as the Young Adult Library Services of America and the Harvey Awards and Eagle Awards. 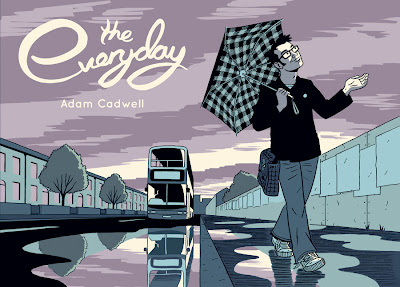 Adam Cadwell's The Everyday cherishes the fleeting moments of our day to day to create an honest and hilarious portrait of modern life and the many little miracles and mysteries within. With crisp black and white artwork, keen observations and humble humour, Cadwell captures the minutiae of life we can so easily miss, a comic strip at a time, over 4 years of his life.

This hardback book collects all 200 comic strips from the acclaimed web-comic for the first time, at the size they were drawn and includes an introduction by the artist.

Cadwell himself was one of the 54 British artists chosen for the Eisner nominated, graphic novel anthology Nelson, published by Blank Slate.

Cadwell’s comic work has been published by Jonathan Cape, Image Comics, Blank Slate Books, We Are Words + Pictures and Solipsistic Pop. His illustration work has also appeared in magazines such as MOJO and Shortlist.

Great Beast - takes its name from the very first Monster In My Pocket released in 1990 because the team thought it sounded cool  - was founded in April 2012 by UK based cartoonists Adam Cadwell and Marc Ellerby to provide fun and creative stories to as wide an audience as possible. All of their titles are creator owned and self published to a professional standard; these are comics brimming with passion and imagination.

Both books, as with all Great Beast releases, are available digitally too and the web site not only offers the opportunity to buy some great books but tie-in merchandise.


• Find Great Beast online, on Twitter, on Facebook and on Tumblr
Posted by John Freeman at 7:30 pm

"Has announced"? They've been out since November last year!

They're bloody good, too.

All I can say to that is that we received full press on these two books earlier this week. Creators have different ways of marketing their books. Improper Books are doing a limited release of their GN, Porcelain first, for example. Perhaps the release of Marc and Adam's books in November was following a similar technique with advanced availability limited? Perhaps one of them will tell us.