In the second of a series of shows about comic book creators who have collaborated together, Alex Fitch talks to celebrated British cartoonists Tom Gauld and Simone Lia in a conversation recorded at this year's Spring Comiket at Bishopsgate Institute, London.
Tom and Simone talk about their collaborative comics First and Second (collected together as Both by Bloomsbury) and publishing books together under the title Cabanon Press.

Also, Alex contributes to this week's episode of the counter-culture and liberal activism podcast, The Pod Delusion: 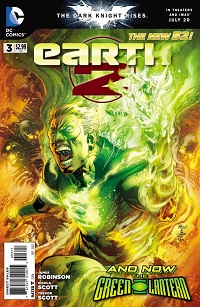 In this episode we find out what’s happening with Richard O’Dwyer, the Sheffield student who's facing extradition to the US for copyright infringement, why Nature won in the libel courts, and why the government is letting creationism be taught in British schools...
Plus: Sean Ellis suggest a novel solution for Lords Reform, Alex Fitch discusses portrayals of Gay Marriages in comics such as Life with Archie, Astonishing X-Men and James Robinson's new DC title Earth 2 with journalist Tim Macavoy, and we preview a couple of fun Edinburgh shows!