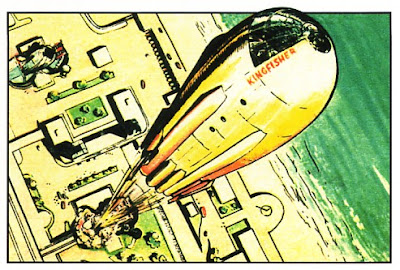 It is with sadness that we have to report that artist Bruce Cornwell passed away on Friday 2nd March 2012. Bruce was best known to fans of British comics as one of the original Dan Dare artists in Eagle in the 1950s when he was part of Frank Hampson’s Dan Dare studio with his forte being the technical aspects of the hardware and spaceships.

Dan Dare may be the work that he is best known for but he also produced such comic strips as Sammy In Space in Swift, Danny Dare in Wham, and Space Captain Jim Stalwart in Junior Mirror. His work stretched beyond comics into book illustration with many painted colour covers as well as internal line illustrations for books in the 1950s and 1960s including the two junior science fiction series written by EC Eliott, Kemlo and Tas.

In addition to comics and books he did commercial work for various organisations and companies including the General Post Office and the glass manufacturer Pilkington.In recent years, along with other Dan Dare artists of his era, he was persuaded to come out of retirement and contribute to Spaceship Away for which he produced Dan Dare themed paintings. Indeed the current issue of Spaceship Away, number 25, has a lovely painting by him of Dan’s spaceship, Anastasia, flying over Space Fleet Headquarters with the sea in the background. 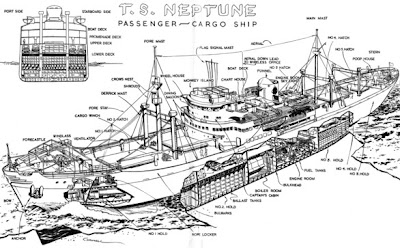 As a former merchant seaman, Bruce’s love of the sea could be seen in the colour cutaways that he produced for Eagle which were invariably of ships while, in 1953, he wrote and illustrated one of the Educational Supply Association’s People’s Jobs series of books entitled The Ship’s Crew. This gave the details of a fictional cargo ship, the TS Neptune, loading cargo, crew and passengers in the UK before setting off on its voyage and was illustrated with black and white line drawings and various cutaways of the ship. 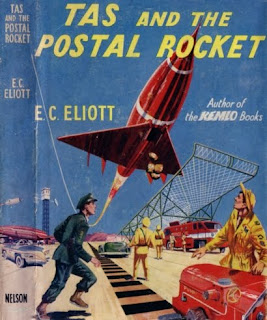 In recent years I had the opportunity to correspond with Bruce and he helped me out with information and quotes for a series of articles I wrote for Eagle Times on his non-Dan Dare comic strips. He was generous with his time while his memory of events, people and his work from more than half a century beforehand was quite remarkable.

His letters gave the impression that he rather enjoyed talking about this work, work that he had rarely if ever been asked about before, and he always appeared keen to help when I suggested moving on to the next article. Indeed the last thing that he wrote in what became his final letter to me was “keep your pen moving.”

On behalf of the team here at downthetubes, John, Ian, Richard and myself, may I offer our sincere condolences to Bruce’s family and friends at this time of sadness.

(with thanks to author Paul Scones): Bruce Cornwell was also one of the illustrators for The Dalek Book (1964) and The Dalek World (1965).

I am sad Bruce has gone, I was a student of his at night school in the 70's and wanted to find out about him. It hit hard to hear he is no longer with us. He was a great man. Sad loss.