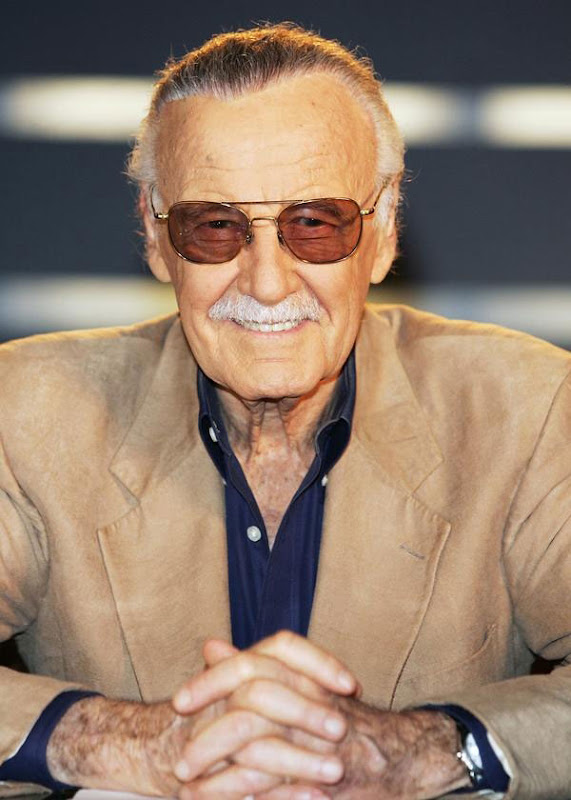 Stan Lee – the celebrated co-creator of such enduring Marvel characters as Spider-Man, the Fantastic Four, the Hulk and the X-Men – has agreed to become patron of the Eagle Initiative.

Agreeing to give his backing to the innovative worldwide talent search, Lee said, 'Way back in 1976 mine was the first name enrolled on the Eagle Awards Roll of Honour and I’m thrilled, lo these many years later, to be invited to be a patron of this pioneering initiative which stems from such prestigious and long-running prizes.

“Breaking into comic books has never been easy and I think it's great that Barry Renshaw and Cassandra Conroy are devoting their energies to helping newcomers from around the world get their foot on – and up – the ladder,” added the venerated writer and editor.

“I’m delighted to add my name to the Eagle Initiative and wish every contestant all the best, both with their entries and their subsequent careers. Who knows, this ambitious project might lead to the discovery of a 21st century Jack Kirby, Steve Ditko... or Stan Lee!”

Launched earlier this year, the Eagles Initiative provides a unique platform from which the next generation of writers and artists can promote their storytelling ability in an increasingly competitive market. The brainchild of Barry Renshaw, the Initiative is an unprecedented global talent search, entrants will be asked to submit an original self-contained illustrated story.

The winner will be awarded a £1,000 cash prize; the runner up will win £500 with the third place submission being given £250. All three stories are to be included in the Initiative Anthology, which will be released as a print publication and in multiple languages across the digital media.

“Having an industry legend like Stan Lee not only support the Initiative but agree to be its patron is both incredibly exciting and humbling at the same time," says Barry Renshaw, who is spearheading the project.

"I certainly never expected to receive the amount of interest and support from industry professionals that we have done over just a few short months, and everyone behind the scenes at the Initiative is absolutely dedicated to making sure we live up to their faith in the endeavour."

Now heading up the Eagle Awards, Cassandra Conroy added, “The Marvel Universe had just had its 30th birthday when I came into this world but my dad familarised me with those classic early stories throughout my formative years. It is, therefore, a great honour to have Stan Lee not only support us on the Initiative but also be so enthusiastic about what Barry is doing.

"I’m sure his involvement will catapult the Initiative and the Eagle Awards themselves into the wider public spotlight.”

“Things just keep getting better for Barry and Cassandra," notes Eagle Awards founder Mike Conroy, who is serving as a consultant and publicist to the Initiative.

"The industry has been behind them from the start but to get backing from the living legend that is Stan Lee just turns things up to 11!”

• For further details on the Initiative, a full list of judges and complete submission guidelines, go to www.eaglesinitiative.com/
Posted by John Freeman at 10:56 am