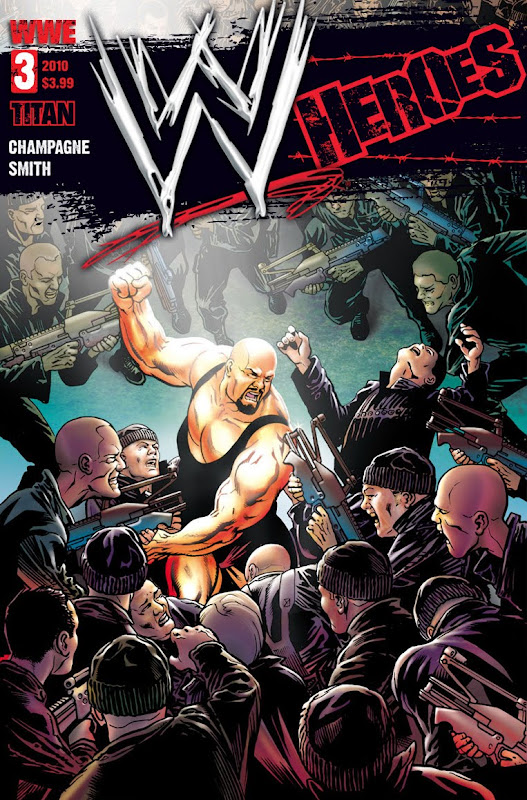 Comics artist Gary Erskine (DC and Marvel Comics, Dark Horse, Virgin Comics and Titan Books) and Alan Batson (an official Disney artist, Pixar, Hanna Barbera, Warner Bros, the BBC) will be teaching master classes in how to draw the successful characters from the movies and comics at an Essex school in September.

Gary's projects currently include work on Titan Magazines WWE title. Check out his amazing cover for WWE #3 above and find out how it was created here on his blog.

Famous movie cars and large model aircraft will also be on display, along with a Royal Air Force Battle of Britain 70th Anniversary Museum Display.