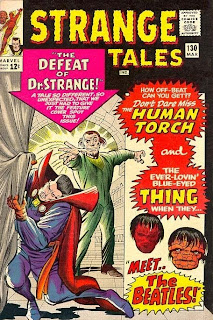 Comic artists are being asked to design a 'Celebrity Comic' cover for the latest downthetubes forum art challenge.

What would the news stand be like if Alan Titchmarsh produced "Titchmarsh Comics"? How would Eamon Holmes present his comics persona? (Best be careful with that one, he seems a bit prickly...) Would Jennifer Love Hewitt's approach be more like Heat than Superman? What kind of comics would Phillip Schofield write?

And goodness only knows what Rolf Harris or Leonardo diCaprio might come up with! (Of course, Leonardo might get some help from his father, George, a comics writer, editor and major west coast underground comic book distributor.)

This is intended as a totally fun challenge, inspired by - well, if you've been following this blog recently you can probably guess, but if you can't, then if anyone involved in that project is reading this... we just couldn't resist and we love you really!

The entries will be assembled in the Celebrity Comics Challenge album here - currently illustrated by a very old 'celebrity comic' - an issue of Marvel's Strange Tales that saw the Fantastic Four meet The Beatles.

We may also feature some of the entries here on the blog.

This isn't our first art challenge - we had a terrific response to our Moon Landing Anniversary challenge last year. So we're hoping for a great response!