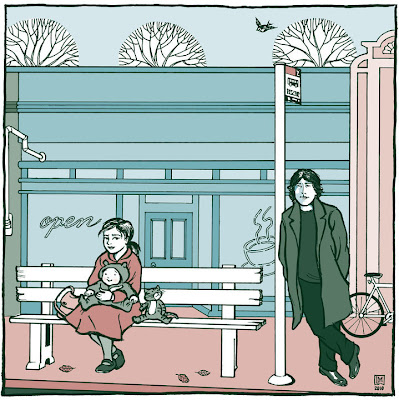 Above: One of the images from GRAPHIC's Neil Gaiman competition, which ran on Facebook.
(with thanks to Peter Stanbury): Neil Gaiman will appear at Australia's Sydney Opera House in August, 'performing' in what can only be described as a unique collaboration of words, comic art (by Eddie Campbell) and music as part of a wider Graphic Festival at the world-renowned venue.

Regular readers of downthetubes already know that comic books, illustration, animation, music, multimedia and other new ways of telling stories have not only changed the face of our popular culture, they now define it. Graphic novels and comic art are now a leading source of inspiration for films, television, clothing, designers, musicians and artists the world over.

GRAPHIC at the Sydney Opera House will be celebrating this brave new world in a weekend of specially commissioned productions – with musical responses to graphic art and stories, workshops, panels, a film festival, a games exhibition and an animation competition. 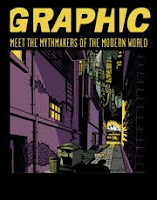 Part of this major Australian event will see a world first; British Sandman and Neverwhere author Neil Gaiman reading aloud the previously unreleased story "The Truth Is A Cave In The Black Mountains”, in the spectacular surrounds of the Opera House Concert Hall.

The Opera House have commissioned renowned artist Eddie Campbell (whose work includes From Hell, Bacchus and Alec, to name but a few) to illustrate the story, while the FourPlay String Quartet have been commissioned to create an entirely new underscore to the tale.

FourPlay shot to prominence in Australia and Europe in the very late 1990’s as a unique musical phenomenon – an indie rock band that just happened to be a string quartet.

Kevin Smith and Gary Groth are also appearing at the GRAPHIC weekend, while other highlight events include the Anime classic Akira with a live rescore by Regurgitator; and Shaun Tan’s The Arrival live scored by Ben Walsh and the Orkestra of the Underground.

• This Neil Gaiman event will take place on 7th August 2010 - you might want to tell your Australian friends or check out information here on the Sydney Opera House web site.


• More about the GRAPHIC Festival at www.sydneyoperahouse.com/about/program_graphic.aspx or click here to download a PDF of the festival program from the Opera House web site

• The GRAPHIC Festival ran an online animation competition in the run up to the event and you can view the winners here
Posted by John Freeman at 11:18 pm