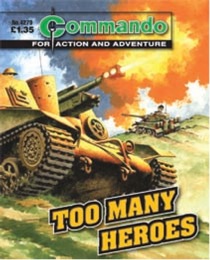 Commando 4279: Too Many Heroes

With three older brothers all war heroes, it was no wonder Ben Fraser wanted to join up. And, as the Second World War entered its last year, he got his chance. But always at the back of his mind was a nagging doubt — did he have the same kind of courage as his brothers? 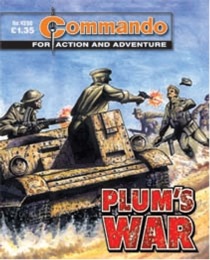 Overweight, carefree and scruffier than your average sack of potatoes, you could hardly meet a less soldierly figure than Captain Albert ‘Plum’ Duff.

Put Plum in a fight, though, and you’d find few better officers in the British Army — something the lean supermen of the Afrika Korps were about to discover...to their cost! 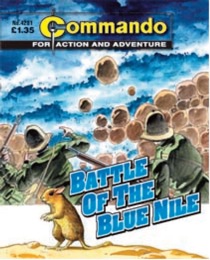 Commando 4281: Battle of the Blue Nile

Since ancient times it had been said, ‘He who controls the Nile controls Egypt.’

During the Second World War this saying was never more prophetic, as German and Italian forces had a secret plan in mind for the most famous river in the world... And it was up to a plucky bunch of mismatched heroes — including a young Ethiopian prince — to stop them if they could! 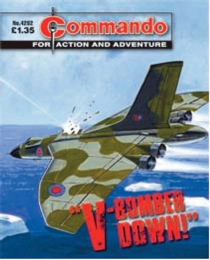 When the forces of the Western Allies and the Eastern Bloc faced each other in the Cold War, Britain’s mightiest bombers were the Victor, Valiant and the Vulcan — the V-Bombers. Cutting-edge technology, they bristled with secret equipment.

When one crash-lands mysteriously on a snow-covered disputed island, special forces from both sides are ordered to the scene, each determined to be there first. As the heavily-armed troops close in, there is every possibility that their actions could turn a Cold War into a very hot one indeed.