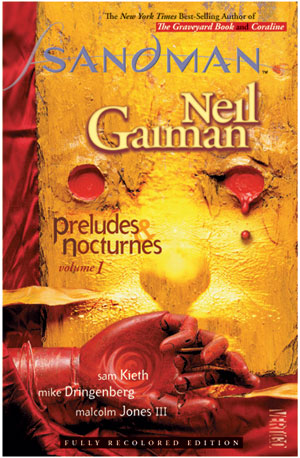 The series was initially re-coloured for the four oversized Absolute Sandman editions.

Vertigo previewed the covers of the first two volumes - Preludes and Nocturnes and The Doll's House - on its Graphic Content blog.
Posted by John Freeman at 1:40 pm