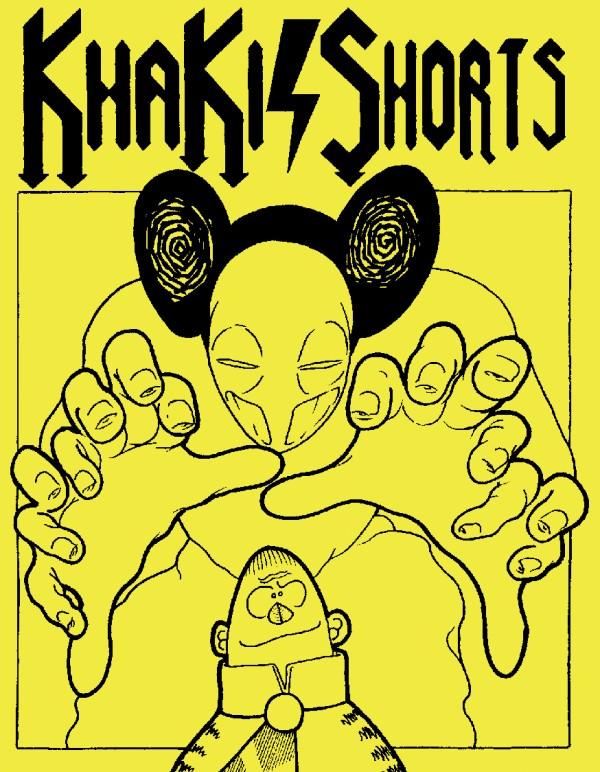 I can only apologize to the creators for the oversight: for just one pound, this is a title jammed with the kind of madcap stuff that wouldn't look out of place in Wasted or a more experimental edition of Viz (yeah, like Viz will ever experiment these days...)

Contributors include Neil Bratchpiece (Apocalypse Now & Then), a satirical stab at a well known SFTV franchise, Star Trudge by Rob Miller, which starts well with some acerbic comment on the franchise that inspired it, but seems to meander by page 2; Men Out Of Time by Martin J. Smith and Adam J. Smith, probably the best-paced scatological strip in the issue; Super Scott: A Comedic Filler In 9 Panels (again by Rob Miller - there are two of these bonkers 'fillers'), evocative of some of Dave Jones' early work for Scan; the fart-filled Boy Mindless by A.J. Smith; and the stunning caricature-filled strip, Elexender Browne, again by Rob.

There's an energy and enthusiasm to this long-runing title that seems to have disappeared from the indie press I've seen of late: Khaki Shorts makes use of the usual trappings you'd expect from Viz (farting, vomit and sexual obsession) then shakes them up into a bizarre, often surreal package. For just a pound, it's worth supporting the work of the artists involved: the standard is high, if offbeat and any indie press title that reaches 19 issues -- even if it has taken 10 years to do it - deserves all the support it can get.