Time for a Little Music... 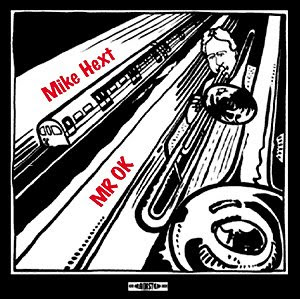 Ace comics artist and painter Chris Reynolds, creator of Mauretania Comics, kindly sent me a copy of trombonist and composer/arranger Mike Hext's Mr OK, a new album for which Chris has provided the cover.

Mike came to prominence after winning the first ever BBC TV Young Musician Of The Year Competition in 1978 and has since led a versatile career as a trombonist, valve trombonist and composer/arranger, much in demand as a jazz and studio musician, and who also composed the soundtrack to the film Hunters of the Lost Sun back in 2003.

Now, I have to confess I'm not a huge jazz fan, so dropped the CD onto my player with some trepidation. I needn't have been so worried: it's a terrific, mellow piece of work, a tribute to the American valve trombonist Bob Brookmeyer. Pleasant on the ear, if you're a fan of such music it's well worth tracking down, either from label Mainstem's web site (www.mainstem.co.uk) or via Mike's official site, where you can here the title track.

Chris also directed me to some of his terrific new paintings on his web site Metropoppyfield.com, a collection of stunning art from this talented 'Stuckist'. Below is just one of them, Ocean Mails, which sort of reminds me of those frontispieces you used to find in old British boys' annuals. Smashing stuff! 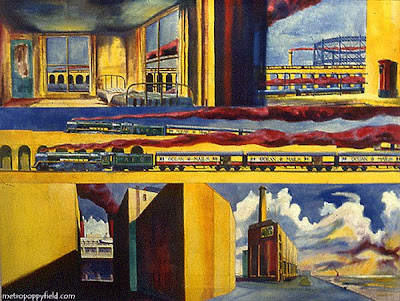