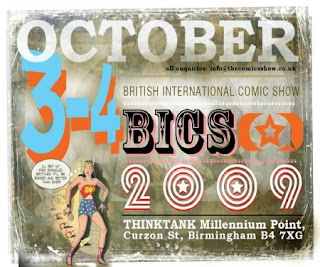 "This is simply to reflect how the show has become the UK’s largest comic industry event and to help attract a wider variety of visitors, exhibitors and sponsorship," co-organiser Shane Chebsey told Geek Syndicate. "We also don’t want to be limited to Birmingham as a location for the show, and the name change allows us flexibility on this front."

There are no plans to move locations, though. "We think Birmingham is the best location for a show," he said. "...However, we are always looking at other possible venues and events that International Comic Shows as a company can offer, both to the industry and to fans."